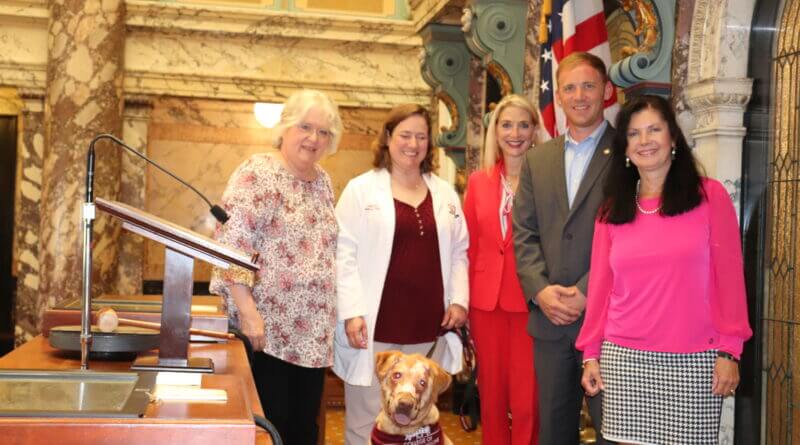 Elected officials and veterinary caretakers of “Buddy,” celebrated together in the Mississippi Senate chamber on Thursday, May 19, following Gov. Tate Reeves’ signing into law Senate Bill 2245, “Buddy’s Law.” The law requires the youth court to order psychiatric evaluation of a child charged with “the intentional torturing, mutilating, maiming, burning, starving to death, crushing, disfiguring, drowning, suffocating or impaling of a domesticated dog or cat.”

The law further reads, “the cost of any evaluation, counseling and treatment shall be paid by the offender’s parent or guardian, or by the state if the offender is a ward of the state, upon order of the youth court.”

Buddy’s Law is named for the dog who received intense veterinary treatment, including skin grafts, since April 2021, when he was burned and severely injured by a 12-year-old.