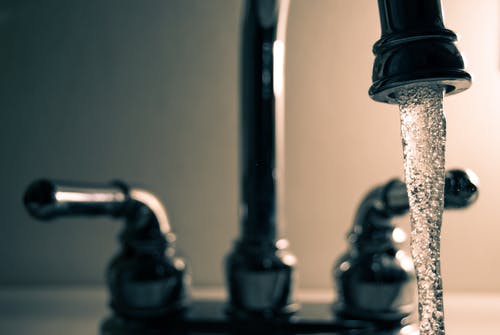 Since 2018, more than one in ten Mississippians received drinking water from their public utility that had an illegal level of contaminants in it, according to state and federal health data.

By far the most common contaminants that exceeded federal limits were disinfection byproducts, or DBPs; 29 utilities in the state, serving a combined 278,000 residents, exceeded the legal limit for those since 2018.

DBPs form when chlorine or another disinfectant used for treatment reacts with organic materials in water. But overexposure to DBPs, which are widespread across the U.S., can damage a person’s liver and nervous system, according to the CDC. They can also increase risks of cancer and affect pregnancies, says an Environmental Working Group study that published in November.

Other contaminants exceeding legal limits in the state included arsenic and radium, both of which are carcinogens. In total, Mississippi Today found 31 utilities serving 328,000 residents with contamination violations since 2018, using state health department and Environmental Protection Agency data.

Below is a map of drinking water contaminant violations found in the state:

The EWG study — which includes a tool for users to find tap water contaminants by zip code — argues that federal limits, many of which are based on decades-old research, are not nearly strict enough; for DBPs, for example, EWG’s recommended limits are over a hundred times smaller than the EPA’s.

“We’ve taken a look at a lot of drinking water requirements, and they’re quite outdated or they’re based on outdated science,” said Tasha Stoiber, Ph.D, a scientist at EWG. “Just because your drinking water is meeting this federal legal limit, it doesn’t really mean it’s without concern.”

When asked about the contamination data, Mississippi water experts pointed to the financial hardships most utilities face, and the expensive procedures, such as reverse osmosis, required to remove DBPs. Moreover, they added that what contaminant data does exist doesn’t paint the whole picture.

Whether it’s a type of contaminant or a type of system, there are several holes in the way the state and country conducts drinking water testing, especially in rural areas.

No testing requirements exist for those private connections, but anyone interested can pay between $10 to $20 to get their water tested at either a private lab or the state health department. Those tests, however, only look at a small fraction of the contaminants that public systems are required to check for.

Barrett said what private well data does exist is concerning, showing a coliform bacteria presence in about one-third of those connections. But that data is only a tiny glance of the reality: MSU and the Mississippi State Department of Health together test about 1,500 connections per year, which is only 1% of all the state’s private wells.

Too many utilities, not enough money

Similar to the publicized shortfall with Jackson’s water system funding, many utilities are struggling to stay up to code because of aging infrastructure and a decrease in federal funding over the last few decades.

“I think what is often lost in these conversations is that when the Clean Water Act and the Safe Drinking Water Act were enacted by Congress in the 1970s, they came with significant federal investment,” said Stephanie Showalter-Otts, director of the National Sea Grant Law Center. “It wasn’t local communities and towns and cities paying to build water treatment facilities, that money was coming from the federal government.”

Showalter-Otts works with a group at the University of Mississippi studying the presence of lead in the state’s water systems, the severity of which is unclear because of limited federal requirements and Mississippi’s lack of lead tracking.

Barrett added that financial constraints are also due to the amount of utilities in Mississippi.

“We’re in bad need of some consolidation across the state,” he said. “We’ve got way too many systems for the population. If you look at public water systems per capita, we’ve got to be leading the nation. As small as we are, less than 3 million people, and we’re sitting at over 1,100 public water supplies.”

He explained that nearby utilities can save costs by combining operations, such as building a shared well between two towns.

Rural water associations, he added, are especially handicapped because they serve such small populations, and their board has to be comprised of members from the community.

Overall, Showalter-Otts expressed the need for more testing, whether it’s for lead or for agricultural-related contaminants such as nitrogen and phosphorus. When asked about the hundreds of millions of dollars coming to Mississippi through federal legislation, she said she hopes the state will value water systems with its spending.

“I think it’s important that water be considered part of our infrastructure,” she said. “Infrastructure is more than roads and bridges, it’s also our water, wastewater and drinking water, how we move water around in our communities.”

This article first appeared on Mississippi Today and is republished here under a Creative Commons license.