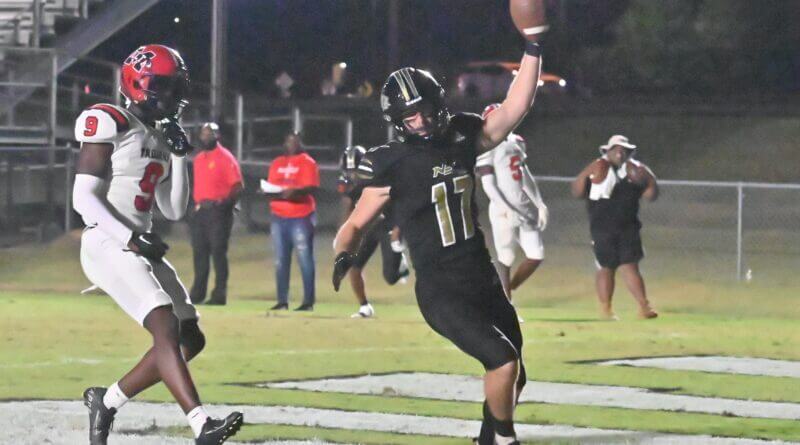 Photo: Kris Sides of Hernando, shown in action for the Northeast Community College Tigers, has signed to play at Mississippi College. (NEMCC Photo)

The Northeast Mississippi Community College football program boasted one of the best mid-year signing period classes in the entire country.

Thirteen Tigers inked their National Letter of Intent (NLI) to move on to four-year institutions across the nation on Wednesday, Dec. 21.

Sides (Mississippi College) was a rare dual-threat athlete for Northeast that made an impact as a wide receiver on offense and on the special teams unit as well. Both of his catches this season went for 20-plus yard touchdowns.

He tallied 10 tackles while participating in kickoff and punt coverage duties for the Tigers. He also forced a fumble that Northeast recovered and turned into seven points against Mississippi Delta.

Banks, II (Mississippi College) was part of Northeast’s rotation at running back for three consecutive seasons. His career statistics with the Tigers include 695 all-purpose yards and a pair of touchdowns.

Harley (University of West Alabama) was the Tigers’ starter at right tackle during the first eight games of the year. The 6-5, 290-pound lineman came to Northeast out of Horn Lake High School.

A total of 13 Northeast Community College players signed scholarship offers to four-year schools during the early signing period in December.