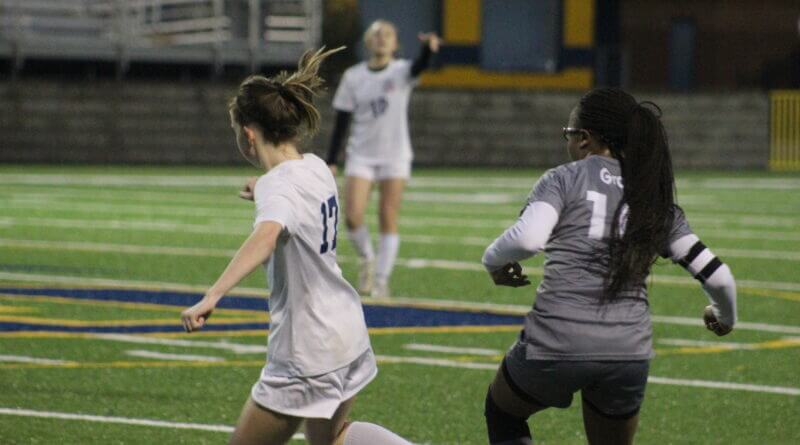 MIles’ Lady Patriots shut down Olive Branch 7-0 in the teams’ final regular season match, a match halted by the mercy rule 10 minutes into the second half.

What made it extra special for Miles and her team, though, was that it marked the veteran coach’s 100th career coaching victory. She has been head coach at The Burg for seven seasons after being an assistant coach at DeSoto Central.

Lewisburg took a 5-0 lead over the Lady Quistors at intermission and scored twice more in the first 10 minutes of the second half to seal the result when the clock clicked past 10 minutes gone.

“I write my record down at the end of every year but I don’t really keep up with,” Miles said. “It was my husband who made the comment about getting 100 wins.”

The victory improved the Lady Patriots’ record to 10-5 and the Region 1-6A mark to 4-2, heading into the start of playoffs Tuesday night at either Clinton or Madison Central. Miles wants her team to take a business-like attitude into the postseason, but acknowledges it’s been good to just be able to play.

“We’ve had a rough, emotional season with the injuries and the quarantine and things like that, so I’m just thankful that we get to have a season at all,” Miles said. “To get this on the last day and the last game was pretty special.”

The playoffs will bring more pressure on the teams taking part, but Miles wants to see a “gem” of a result for her squad.