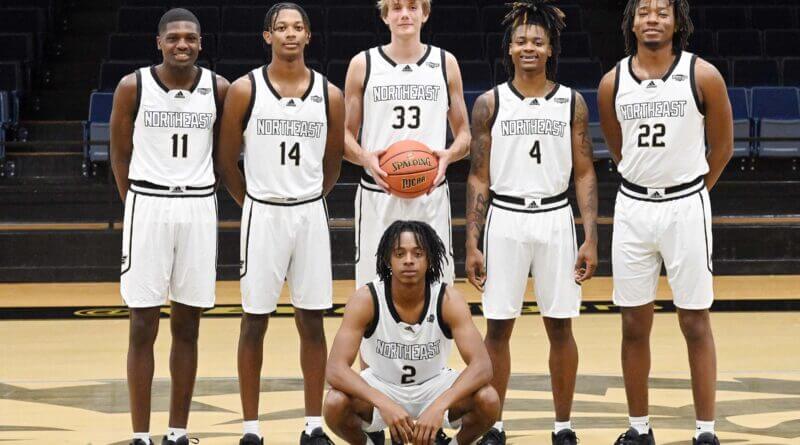 The expectations for the Northeast Mississippi Community College men’s basketball program are as great as ever if preseason rankings are any indication.

The Tigers check in at No. 21 in the inaugural National Junior College Athletic Association (NJCAA) Division I poll ahead of the 2022-23 campaign.

“Any time that somebody recognizes you early like this, we’re grateful to be there,” said Northeast head coach Cord Wright. “As you know, we’ve got to validate it throughout the four-to-five months of the season. We’re looking forward to that challenge.”

It is the second consecutive preseason rating for the Tigers. Northeast opened last year at No. 22 before racking up 23 victories, which was its second most under Wright, and a berth to the conference tournament championship game.

The Tigers have now appeared in 16 consecutive NJCAA polls. Northeast was the only team in the Mississippi Association of Community Colleges Conference (MACCC) to earn a spot in every ranking release during the 2021-22 season.

Northeast has broken into the top 25 during six of the last seven seasons. The Tigers are averaging 21 wins in that span with the exception of the coronavirus pandemic shortened 2020 campaign.

The Tigers are obtaining this attention on the strength of another sensational recruiting class. Seven of the nine newcomers on Northeast’s active roster secured all-state distinction at their respective high schools.

Northeast also brings back Steven Gentry, Jr., Jalin Rice and Cam Smith, who all started at some point during the previous campaign. Rice headlines that group after choosing to return to the Tigers for a third season.

Rice has made 42 appearances in a black-and-gold uniform with averages of 11.6 points, 4.2 rebounds and four assists per game. He is the only remaining member of Northeast’s conference title team in 2020.

The Tigers play five opponents that are either ranked or receiving votes by the NJCAA. Three of those contests are part of tournaments hosted by Three Rivers (Mo.) College and Vincennes (Ind.) University in November.