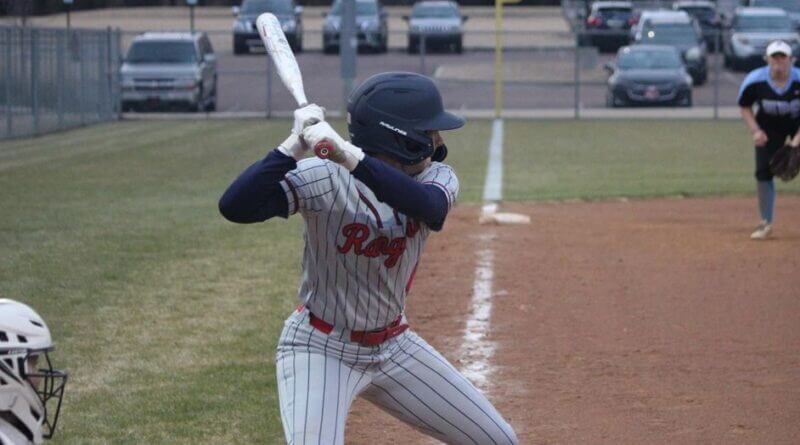 Behind a combination of 30 runs on 17 hits, No. 11 Northwest came away with a sweep against Coahoma on Wednesday afternoon, taking a pair of 13-0 and 17-7 finals.

Freshman McKaylee Polk had the biggest performance at the plate, finishing 6-for-8 with three doubles and eight RBIs, while her former Senatobia High School teammate Anna Nickens went 4-for-4 in the nightcap with two doubles and four RBIs.

In the circle, Gabby Dickerson (13-4) collected the Game 1 victory with six strikeouts and no runs or hits allowed. Meagan Allen (5-3) lasted three innings to capture the Game 2 victory, collecting five strikeouts with no runs given up.

With the sweep, Northwest improved to 21-7 on the season, surpassing last year’s 20-win total. The Rangers now stand at 11-5 in conference play, while Coahoma dropped to 3-23 overall and 0-14 in the MACCC.

Next up for Northwest is a home twinbill against Hinds on Saturday, April 9. The doubleheader is scheduled for 12/2 P.M. at Ranger Softball Field, with both games carried on Ranger TV (nwccrangers.com/watch) and Facebook Live.

Northwest picked up two runs in the bottom of the first and added 10 more over the next two innings to earn a 13-0 run-rule victory against Coahoma.

Dickerson issued a walk in the top of the first, her only one of the game, but an 8-6-3 double play sent the Tigers back to the dugout empty-handed. From there, the Rangers loaded the bases and picked up their first two runs on a walk to Maddie Brower and a hit-by-pitch in Caylee Comer’s at-bat.

After Dickerson sent Coahoma down 1-2-3 in the top of the second inning, Northwest broke the game open with a six-run frame in the bottom half of the second inning. A leadoff walk to Jaclyn Carter and back-to-back bunt singles from Laila Armstrong and Saige Koczka loaded the bases for the Rangers, and a two-run single from Polk made it a 4-0 advantage.

Two more runs would score on an error in Brower’s at-bat and a pair of RBIs from Comer and Kaitlyn Bednarek pushed the Northwest lead to a comfortable 8-0 margin.

Facing two outs in the bottom of the third, it looked like Coahoma would leave the inning with no runs surrendered. However, a two-out single from Polk and a series of walks and HBPs brought in two more runs for Northwest and a two-run double from Bednarek made it a 12-0 lead.

Northwest would get one more run in the bottom of the fourth, thanks to a leadoff double from Nickens and an RBI-single from Maggie Grubbs. Freshman Kylee Brown would then shut the door in the top of the fifth with a pair of strikeouts, sealing the Game 1 triumph.

Northwest finished the opener with 10 hits, led by a 3-for-3 effort at the plate from Polk. Armstrong also finished 2-for-3, while the other five hits were scattered throughout the batting order.

Dickerson was rock solid through three complete innings, striking out six batters against one walk. Brown capped off the final two frames with two strikeouts and one walk issued.

C’Asia Grayer accounted for the only Coahoma hit, a bunt single in the top of the fifth. Ta’Kia Jackson fell to 0-4 in the circle and surrendered 12 runs in 2.2 innings of work.

A seven-run frame in the top of the fourth made the nightcap closer than expected, but Northwest wasted no time rebounding back, as Polk’s three-run homer served as the walk-off winner in a 17-7 decision.

Both teams were held scoreless until the bottom of the second inning, when Northwest sent a whopping nine runs across the plate. Allen got the scoring started for the Rangers on an RBI-double through the left side, scoring Bednarek, before Allen scored herself on an RBI-single from Nickens.

A fielder’s choice in Koczka’s at-bat made it a 3-0 lead for the Rangers and Polk followed with a three-run double through the left side, stretching the gap to 6-0. Freshman Gracie Mettetal made a splash in her pinch hit appearance, scoring two runs on a double to left center and another RBI-single from Nickens capped off the hot second inning for the Rangers.

Northwest brought two more across the plate in the bottom half of the third, thanks to an error by the shortstop and sac fly to left field from Brower, pushing the lead to 11-0.

With the Rangers pulling most of their starters, Coahoma struck back with seven runs in the top of the fourth, beginning with a pair of bases-loaded walks. The Tigers would then get a two-run single from Michelle Davenport and a two-run double from Kahlena Hentz, closing the gap to 11-6.

Coahoma would plate one last run in the top of the fourth on a passed ball, before Dickerson entered the game in relief and promptly delivered a strikeout to Bailey Edwards to end the inning and leave the bases loaded.

A sac fly from Armstrong helped the Rangers gain a run back in the bottom of the fourth and after a scoreless frame by Dickerson, Northwest picked up two more runs on a two-run double from Nickens in the fifth.

Leading 14-7 entering the bottom of the sixth inning, Northwest finally salted the game away for good. A bunt single from Armstrong and a walk to Koczka brought Polk to the plate, who smashed a three-run walk-off homer over the wall in left field, giving the Rangers the 17-7 victory.

Northwest tacked on 17 hits in the Game 2 victory, led by Nickens’ 4-for-4 effort. Polk also went 3-for-5 with six RBIs, followed by two hits apiece from Allen and Armstrong.

Allen delivered five strikeouts against two walks in three complete innings of work, before Dickerson entered in relief of Randi Johnson in the top of the fourth and struck out five batters in 2.1 frames.

Coahoma scattered four hits across the lineup, while Kaliyah Stephens took the loss for the Tigers. The Independence alumnus lasted 1.1 innings and delivered one strikeout, before Edwards finished the final 3.2 frames, allowing 10 earned runs with four walks and one strikeout.