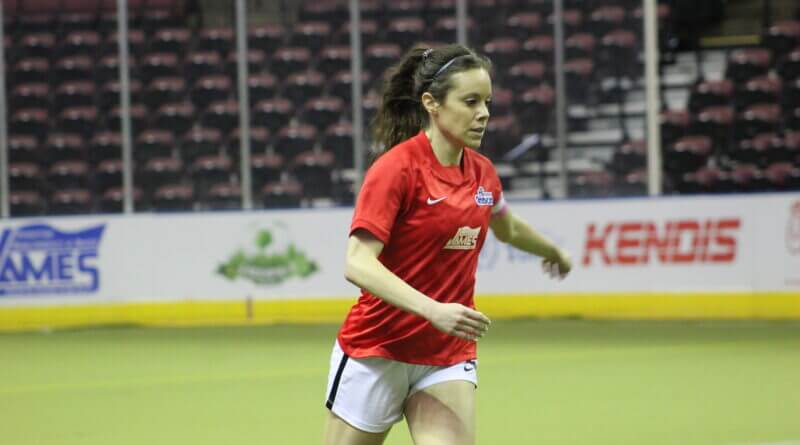 Lauren Odino-Draughon, the National Indoor Soccer League’s top-scoring defender, has re-signed for the 2022-2023 season. Odino-Draughon tallied 18 points off of a balanced nine goal and nine assist season effort, leading all defenders in scoring, and finished third overall among all players.

Odino- Draughon is an Iowa State alum and found her way into the Memphis Americans roster by way of open tryouts.

“Lauren can really play anywhere on the field, but having her be able to fly up the field on offense, and have the physical ability to get back to her position and defend absolutely anyone 1v1 is an rarity and a huge luxury,” Americans coach Corey Adamson said of Odino-Draughon. “We are extremely excited to get her back for year two!”