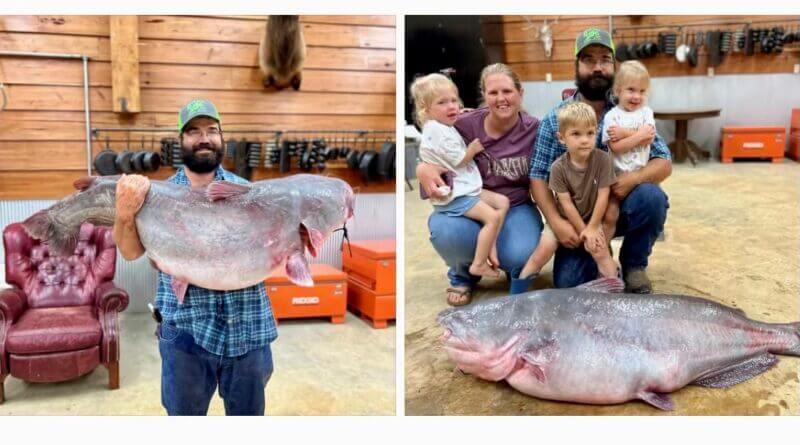 Christopher Halley of Brookhaven has claimed the new Mississippi state record for catching the new State Trophy Record Blue Catfish. The giant fish weighed 104 pounds and was caught in the Mississippi River near Natchez on a trotline.

The fish broke the previous state trophy record Blue Catfish caught by the team of Freddie Parker and Brad Smith in 1997 by three pounds.

This is the second Blue Catfish state record broken this year. In April, Eugene Cronley of Brandon landed a 131-pound Blue Catfish using a rod and reel. Interestingly, that fish and the previous trophy record were all caught from the Mississippi River near Natchez.