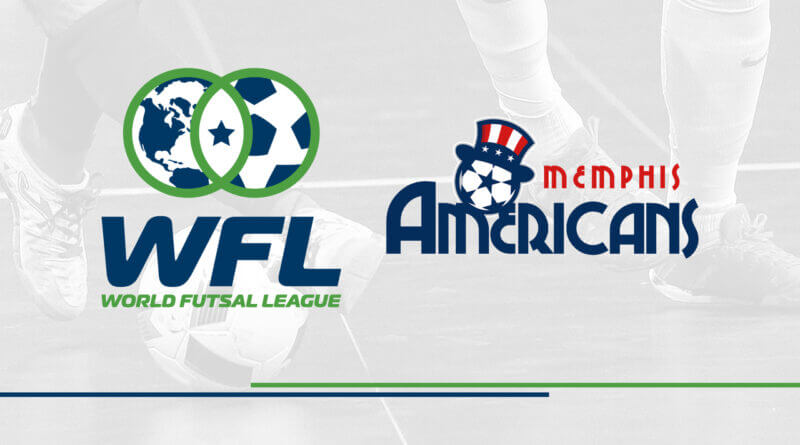 The Memphis Americans has announced its membership in the World Futsal League (WFL) and its intention to compete in the inaugural season, scheduled to kick off this summer. The team will supplement its National Indoor Soccer League (NISL) schedule which runs from December – April, annually, with its participation in this new league.

The WFL, focused on broadening the adoption and appreciation of futsal in the US, will be a professional futsal league that will operate both a Men’s and Women’s Division, hosting “doubleheaders” on each gameday at the respective arenas in each market.

The WFL is founded by a group of experienced sports executives who have owned and operated professional sports teams and leagues for over 45 years. This new endeavor will provide an additional professional opportunity for female futsal/soccer players especially, while providing a fast-paced and fun experience for our fans, even those not currently familiar with the sport.

Futsal, created in South America in the early 20th century, gets its name from the Spanish and Portuguese words for “indoor soccer” but differs from the traditional indoor soccer experience in many ways. Futsal is played on a hard court, without boards or walls, and features a smaller and heavier soccer ball that allows for high skill development and an even faster and more intense game than traditional indoor soccer.

“Our season is already so fast-paced and action-packed, especially since it occurs in such a short few months in the winter and spring. Introducing professional futsal is going to be such an incredible addition to our indoor off-season. Futsal, which is arguably as intense and exhilarating as our current indoor games, is going to give our fans the opportunity to watch their favorite players nearly year-round,” said Americans’ Head Coach and player, Corey Adamson, when asked about joining the WFL.

The World Futsal League was founded in September by a group of seasoned sports team/league owners with over 45 years of ownership experience. The league features both a Men’s and Women’s Division, competing in doubleheader game days over a 12-game regular season that takes place between the months of June and August, annually. The inaugural season will kick off in June of 2023.

Current teams include Central FL Crusaders (Orlando), Fayetteville Fury, Memphis Americans, and Tampa Bay Strikers. The WFL is committed to promoting and developing futsal at all levels, while providing an avenue for players, coaches, and front office staff to develop their skills and gain exposure for opportunities at higher levels, all while providing high quality, affordable entertainment in the communities we serve. For more information, go to worldfutsalleague.com.