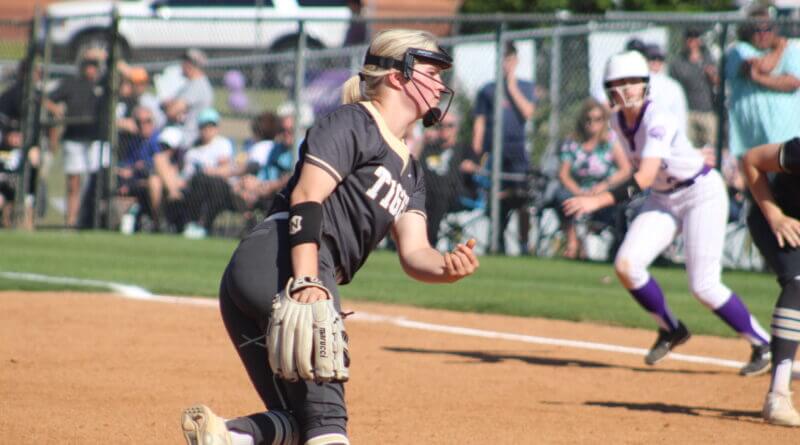 For the first time as a 6A school, a Hernando fast-pitch softball team will be competing for a state championship, starting Thursday at the University of Southern Mississippi Softball Complex in Hattiesburg.

The best-of-three matchup against Oak Grove (Hattiesburg), which starts with the first game at 6:30 p.m. Thursday, will pit the top two MHSAA 6A teams in Mississippi, according to the national high school sports service MaxPreps.

Hernando is ranked tops in 6A by MaxPreps with Oak Grove ranked second. Only unbeaten Neshoba Central of Class 5A is ranked higher in the overall rankings.

Hernando, at 33-2 for the season, and which swept DeSoto Central in two straight games for the North Half title last weekend, enters the championship series having lost just one game on the playoff trail. The 6-1 loss to Lewisburg in game one of their third-round playoff series broke a 25-game winning streak by the Lady Tigers and was the first defeat since an 8-5 loss to Brandon back in late February.

The opponent from Oak Grove is formidable, however, coming to Southern Miss with a record of 23-5. The Lady Warriors had to battle with Brandon to win the South Half title in three games, winning the first game 5-0, but then dropping a 7-0 result to set up the finale, which Oak Grove won by a 3-2 score, in a game where all of the runs were scored in the first inning.

Oak Grove also lost a playoff game to Northwest Rankin in the third round, but won the series in three games to advance to meet Brandon in the South Half finals. The Lady Warriors opened the playoffs after a first-round bye with a two-game sweep of St. Martin (Ocean Springs).

“I believe Oak Grove will be a scrappy team,” Whitten said. “They will play with grit the entire series. We know we will face great pitching at the plate.”

Youthful hitting talent is one of the Lady Warriors’ weapons entering the championship. Oak Grove is led in hitting by freshman Bailey Bishop, who has 39 hits and 16 runs-batted-in for a .463 batting average. Bailey also has eight doubles, three triples, and a home run this season.

Ryanne Hornsby and Amulina Rummell provide the power at the plate with three home runs each.

Sophomore Taryn Jackson has stolen six bases to lead the team on the basepaths.

Hornsby is where the pitching is for Hernando to solve and win the state title.  The junior brings a 21-3 record to the state finals. In 27 appearances Hornsby has a 0.83 earned-run-average, has 218 strikeouts and has walked just 37 batters. She’s also allowed just one home run against her.

“Playing clean defense as well as pitch selection and discipline at the plate will be the biggest keys for us,” Whitten said about the weekend matchup.

Hernando statistics are pretty formidable in their own right.  From the regular lineup, junior Rylee Eyster leads the team with a .495 batting average, has a team-leading 51 hits for the year, and also leads the squad in with four triples.  Eyster has also scored 51 runs to lead Hernando. Adept at base thievery, Eyster leads the Lady Tigers with 39 stolen bases.

Jaclyn Carter has been the big bat to score runs, with the senior pacing the Lady Tigers with 41 RBIs and a team-leading 12 doubles.

Hernando’s power hitter this spring has been senior Emme Muizers with her six home runs, followed closely by Carter with five and Ally Callahan with four roundtrippers this spring.

It’s the Shaw twins who the Oak Grove hitters will have to challenge in the final series. Julia Shaw has an impressive 19-1 record entering the state championship and Janna Shaw is right behind her at 14-1. Julia has fashioned a 1.06 earned run average and Janna has a 1.75 ERA.

Julia may be considered the power pitcher with 141 strikeouts to just 22 walks.

“Our pitchers will need to do a great job of working together to keep them off balance,” Whitten said. “We have confidence in both of our pitchers on the mound and we will try and use that to our advantage as much as we can. This will help us to give their hitters different looks throughout the series.”

Whitten said making it to the state championship is never easy and she hopes the great pitchers Hernando has already met along the playoff trail from Madison Central, Lewisburg, and DeSoto Central, has prepared her team for what Oak Grove will send against the Lady Tigers.

If they bring back the “Gold Glove” state championship trophy to Dilworth Lane, it will mark the third straight year for the trophy to reside in DeSoto County, with DeSoto Central having won it the two previous years before the coronavirus pandemic canceled the season in 2020.