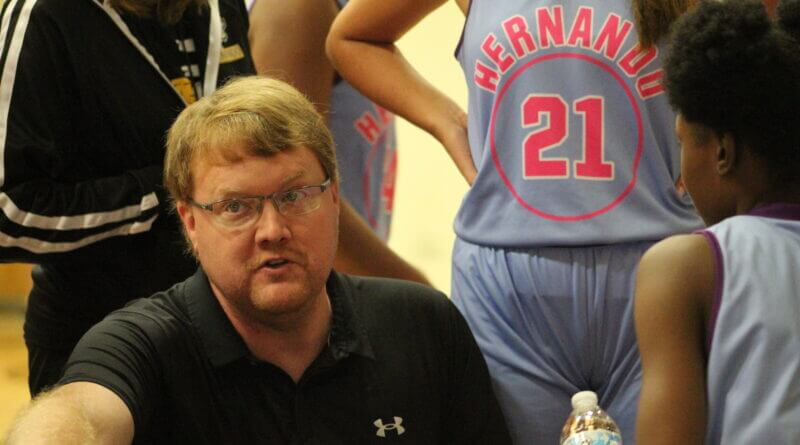 He hasn’t coached a regular season game for his new team yet, but state girls’ basketball coaches know the caliber of coach Blake Jones is and have honored him for that.

Jones, who recently assumed the position of head girls’ basketball coach at Hernando High School, Wednesday was announced as one of the two coaches for the North All-Star girls’ squad at next spring’s Mississippi Association of Coaches All-Star Games. He will join Pontotoc’s Kyle Heard to coach the North All-Stars in the 4A/5A/6A contest against the South on March 19, 2022 at Mississippi College in Clinton.

The selections were made on Oct. 7 and made public in an announcement Wednesday, Oct. 27.

Jones is best known as the girls’ basketball coach at Olive Branch, whose Lady Quistors made two MHSAA 6A state finals appearances, the first ever for the now dominant program in Mississippi.

After leaving Olive Branch for Biloxi, a coaching job he resigned from after just a couple of months, Jones went into private business but returned to coaching as assistant boys’ and head middle school boys’ basketball coach at Lafayette (Oxford) for two years. He was named the new coach for the Hernando girls’ program back in July.