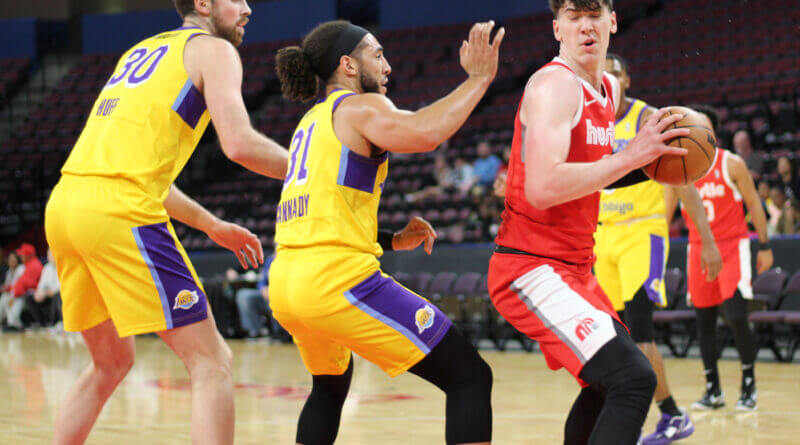 The Memphis Hustle (8-1) defeated the Santa Cruz Warriors (3-6) 129-122 on Wednesday at the Landers Center for the second consecutive night, sweeping a two-game back-to-back series.

After trailing 27-25 at the end of the first quarter, Memphis posted 41 points in the second quarter, taking the lead 66-58 at halftime. LaRavia posted 27 of his 34 points in the first two quarters. The Hustle continued their hot streak in the third quarter, where they reached their largest lead of the night of 21 points and led 102-86 heading into the final frame. Despite a late rally by the Warriors to bring the score within five, the Hustle solidified the win with four made free throws between Roddy and Jacob Gilyard.

The Hustle, who have won all five home games to start the regular season, will go on the road to play the Stockton Kings at 7 p.m. Central time on Thursday, Jan. 26, at Stockton Arena in the first matchup of a two-game series in California.