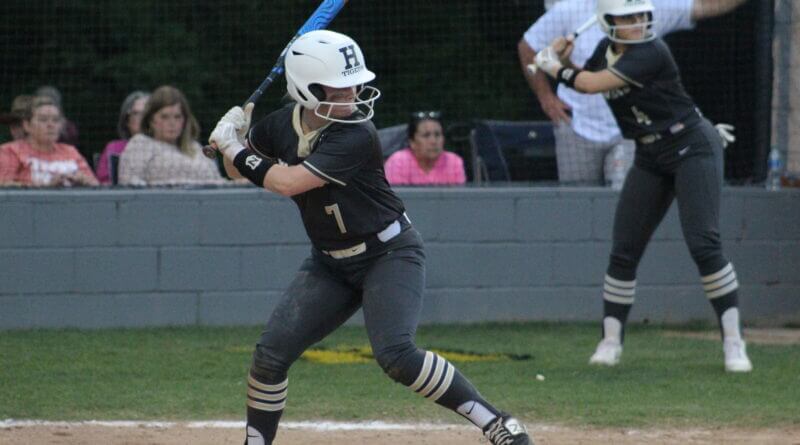 In the MHSAA high school baseball and softball playoffs, five DeSoto County teams remain alive on the road toward a state championship. Three DCS baseball teams and two fast-pitch softball teams will continue their pursuit with games this weekend.

The highlight matchup of the weekend for DeSoto County comes in the 6A softball playoffs when DeSoto Central meets Hernando in the North Half series. The winner of this best two-out-of-three battle will meet the South Half winner for the state title in Hattiesburg.

Hernando, at 31-2, remains one of the top softball teams in the state, being rated second to number-one Neshoba Central of Class 5A in the overall Maxpreps state rankings.

DeSoto Central, at 22-9, has won the past two 6A state championships that were played before the season was canceled last spring due to the coronavirus. The Lady Jags are also in the top 20 of the state overall rankings at number 18 and are ranked seventh in Class 6A.

The all-DeSoto County series will begin Friday at 5:30 p.m. at Hernando Middle School. The second game of the series will be Saturday at DeSoto Central High School, starting at 4 p.m. A deciding third game, if needed, would be played immediately following the Saturday encounter.

The series winner will play either Oak Grove or Brandon for the state title. This year’s 6A State Championship Series will be played Thursday and Friday, May 13-14 at the University of Southern Mississippi Softball Complex. Games will be played at 6:30 p.m. each night.

If a game three is needed, it would be played on Saturday, May 15 at Southern Miss with a time to be determined.

Meanwhile, DeSoto Central, Lewisburg, and Center Hill remain playing in the MHSAA baseball playoffs that have reached the second round.

DeSoto Central, at 20-9 this spring, is the team that last won a 6A state championship in 2019 before last year’s season was canceled for COVID-19. The Jaguars are paired with Germantown (Madison) in the second round. DeSoto Central is ranked seventh among 6A baseball teams, according to Maxpreps. Germantown (23-3) comes in ranked number two.

The Jaguars and Mavericks start their series Thursday evening in Madison at 7 p.m. Game two of the best-of-three set comes back to Southaven on Friday at 7 p.m. If needed, a third game will return to Germantown on Saturday at 7 p.m.

The series winner will move on to play either Oxford or Tupelo in the third round of the playoffs.

Lewisburg takes on Starkville in another 6A baseball second-round series that also begins Thursday night on the Patriots’ home diamond at 6 p.m. The second contest of the best-of-three set heads to Starkville Friday to start at 6 p.m. If needed, a deciding third game of the series comes back to the ‘Burg on Saturday. It is also set to start at 6 p.m.

The team surviving this round will play either Madison Central or South Panola in a third-round series.

In its last go-around in Class 5A, Center Hill has also advanced to the second round after a two-game sweep of Vicksburg last week.  The Mustangs are matched up with Neshoba Central in a series that begins Thursday night in Philadelphia, Mississippi at 7 p.m. Game two of the series will be at Center Hill on Friday at 7 p.m. If needed, a third and deciding game will be back in Philadelphia Saturday night at 7 p.m.

Center Hill is 8-18 for the season and faces a Rockets’ team that is 21-7 for the year and considered the ninth-best team in Class 5A, according to Maxpreps.

The series winner will be paired with the winner of the Grenada/Saltillo series in the third round.

The Mustangs move up to Class 6A, starting next season.

Photo: Hernando’s Avery Taylor is set to swing at a pitch during last week’s playoff series against Lewisburg.  Hernando and DeSoto Central are paired in an all-DeSoto County North Half Final softball series this weekend. (Bob Bakken/DeSoto County Sports)