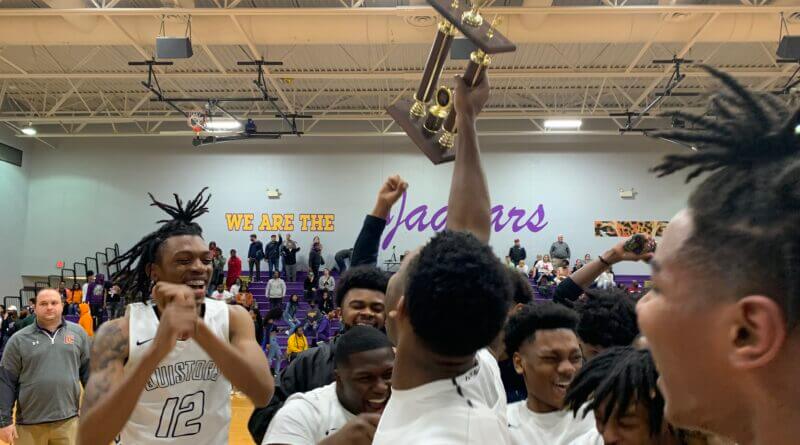 The seedings and division championships have been decided, now it becomes “one and done” for Mississippi MHSAA high school basketball teams.

The past week’s regional tournaments in 6A and 5A only eliminated one team per district from further play, but did provide seeding for the remaining teams that start the playoffs on Monday.

That will be when the first round of the girls’ basketball tournaments will begin for four DeSoto County teams. Two others have first-round byes to the second round on Friday night.

Hernando, which dropped its Region 3-6A championship to Horn Lake 59-45 Friday night, will host Madison Central in the first round Monday night. The winner of the contest then travels to face Tupelo in the second round at Tupelo on Friday.

Center Hill, which defeated Lewisburg for the Region 2-6A consolation title Thursday night, must travel to play at Starkville on Monday evening. The winner of that game then plays at Horn Lake, which claimed the Region 3-6A crown over Hernando.

DeSoto Central, which lost Friday’s Region 2-6A championship game to Olive Branch 46-43, will play Monday in the first round and host Oxford. The winner of that game travels Friday to Clinton for a second round contest.

Lake Cormorant, which took the Region 2-5A consolation title Friday evening over Greenville 39-32, plays Monday at Columbus New Hope in a first-round contest. The winner must travel Friday to Neshoba Central for a second round matchup.

Tuesday brings the start of the boys’ state playoffs for MHSAA schools. Five 6A teams from DeSoto County are still alive along with Lake Cormorant in 5A.

The Gators, following their loss Friday to Cleveland Central 49-35 in the Region 2-5A championship game, host a first-round game Tuesday night against Columbus. The winner next plays at Provine on Saturday night.

Three DeSoto County 6A squads take the playoff floor for the first time on Tuesday.

Horn Lake, which lost the Region 3-6A championship to Southaven 75-51 Friday evening, will open at home against Murrah on Tuesday night. The winner next travels to Tupelo on Saturday evening for the second round.

DeSoto Central, which won the Region 2-6A consolation title Thursday night, travels to Starkville for the first round on Tuesday. That game’s winner will next play Saturday at Southaven.

Center Hill, which lost to Olive Branch 63-44 in Friday’s Region 2-6A title tilt, hosts Oxford for its first round contest on Tuesday night. The winner will next play Saturday at Clinton in the next round.

Following are links for the 6A and 5A boys and girls playoff brackets:

CLICK HERE for the complete 6A boys tournament bracket.

CLICK HERE for the complete 5A boys tournament bracket.

CLICK HERE for the complete 6A girls tournament bracket.

CLICK HERE for the complete 5A girls tournament bracket.

Northpoint boys, seeded fourth from District 4, open tonight (Saturday) at home in a first-round game against Jackson (TN) Christian, starting at 7:30 p.m. The winner moves to the second round, facing Sacred Heart of Jesus at Jackson on Tuesday evening.

The Northpoint girls, seeded first from District 6, open at home on Tuesday evening at 6 p.m. against the winner of a game between Jackson (TN) Christian and Evangelical Christian School.

Teams that move past the second round play in the semi-finals on Thursday for girls and Friday for boys. Championship and consolation games for both boys and girls are played on Saturday and all semi-final and final contests this year are contested at Fayette Academy.

Terence Davis, star player for Southaven who then went on to excel at Ole Miss and is now a member of the Sacramento Kings in the NBA, saw his high school jersey retired during Friday’s championship night games at Southaven High School.