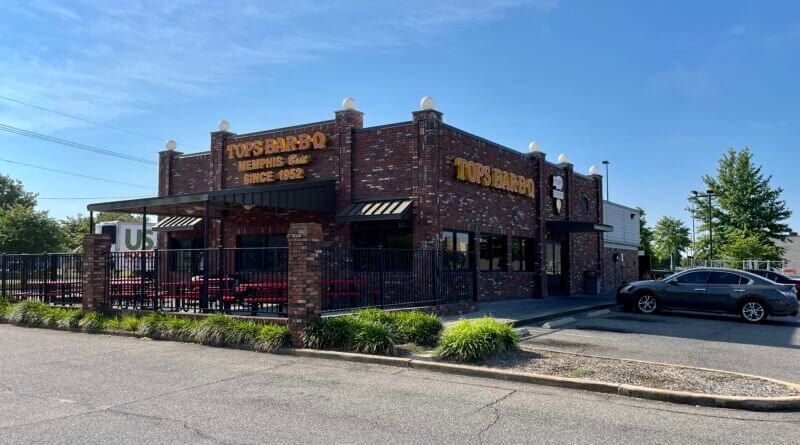 Fans of Tops Bar-B-Q in Southaven are about to get their ‘Que back, starting Tuesday, July 26.

Tops officials said the restaurant, located at 313 Stateline Road West, will be open “just in time for lunch,” after a month-long closure caused by roof fire damage to the building.

The blaze broke out on June 25 and forced the restaurant’s closure while repairs were made. The fire caused damage but no burns or injuries were sustained.

“Our primary concern was for our employees, guests and the first responders,” said Tops CEO Randy Hough about closing the restaurant. “Thankfully, everyone evacuated the building in a safe manner and the Southaven Fire Department responded very quickly.”

While the Stateline Road store was being repaired, employees were able to continue working at other Tops Bar-B-Q locations. But Tops Vice President Hunter Brown, a lifetime Southaven resident, said they were anxious to begin operating there again.

“Tops Bar-B-Q Southaven is one of our flagship stores”, said Brown. “We love the Southaven community, and they love us. We are anxious to get back to serving up this great town with world class BBQ and Burgers.”

The Tops Bar-B-Q Southaven restaurant has been at its current location since 2015. Prior to that, Tops was located at Stateline and Hamilton Road.