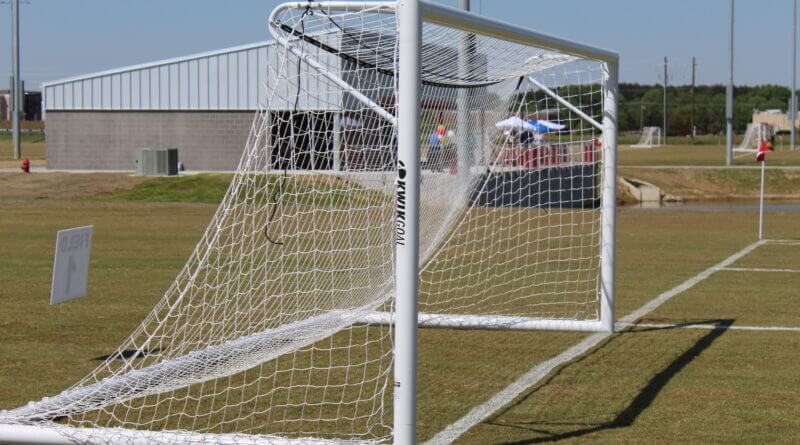 New Southaven Soccer Director Levi Nunnally admits to some nervousness about this weekend, but his excitement overshadows a little trepidation about what is about to transpire on the Southaven Soccer Complex, the new home for the city’s soccer program he oversees.

That’s because the first event for the facility is about to happen. This weekend will be the Springfest Cup tournament, being held just a couple of days following Thursday’s ribbon cutting for the new $5 million complex, part of the city’s Snowden Grove Park area off Getwell Road. Nunnally said this weekend’s tournament will host 36 youth teams, both boys and girls coming to play on the new sodded pitch, as soccer aficionados describe the field.

The seven-field facility, holding all regulation-size soccer fields, officially opened Thursday with Mayor Darren Musselwhite helping to cut the ribbon signifying the start of the internationally popular sport at a new Southaven home.

“It’s an unbelievable facility and I’m just excited for the city of Southaven,” Nunnally said. “I’m excited to get started.”

Nunnally said the new complex is not just for kids, either.

“In the next couple of months we’re looking at an adult league out here in the summer,” he said. “We’ll have camps and clinics in June and July. Starting in August, we’ll have Southaven Rec and more tournaments for the fall.”

The seven fields are set in what Nunnally called “an intimate setting” for events, with easy access to all of the fields and the concession and restroom building that will be in the middle of it all.

“I think it’s going to be top-notch and be able to show all of the work that went into the complex and how well it was designed,” Nunnally said. “It’s amazing to see the backing of soccer in this area and how popular soccer has gotten over the years.”

Nunnally knows the game of soccer, having grown up in the DeSoto County Soccer Association playing as a youngster. A product of elite programs, such as the Memphis Futbol Club, he had a stellar playing career at Itawamba Community College and at Tennessee Wesleyan.

During Thursday’s ribbon cutting ceremony, Musselwhite described the importance of the new fields to the city.

“There has been work for years and years to expand Snowden Grove to be more than just a baseball facility,” Musselwhite said. “Soccer is a big piece of that, something that we’ve been waiting on.”

Musselwhite said dollars spent in the city benefit the entire city and the tournaments and events the soccer complex will add to that.

But the mayor also pointed out the complex was paid for through Penny for the Parks tourist tax dollars and related how local state representatives in Jackson refused to support renewing the tax that would have prevented the complex from being built, had the tax not been renewed.

“It was shot down (by the House) in 2017, so in 2018 I went around our local legislators because this is how much it meant to me,” Musselwhite said. “I contacted every other House member and I explained to them what we’ve proven to do with the tourism tax revenue and I asked them to vote yes. And they voted yes.”

Musselwhite added the tourism tax comes up for renewal again in 2022 and urged local support again for its extension.

Restaurant sales in Southaven have a one-percent added tax to the bill with that money heading to the city coffers to fund park improvements, such as soccer, the tennis complex, walking trails, and the Field of Dreams playground at Snowden Grove.

The construction of the soccer complex was also delayed because of the COVID-19 pandemic.

“It’s here, it’s done and it’s going to be a great thing for our people,” Musselwhite said. “It’s going to make our city a more attractive place to live.