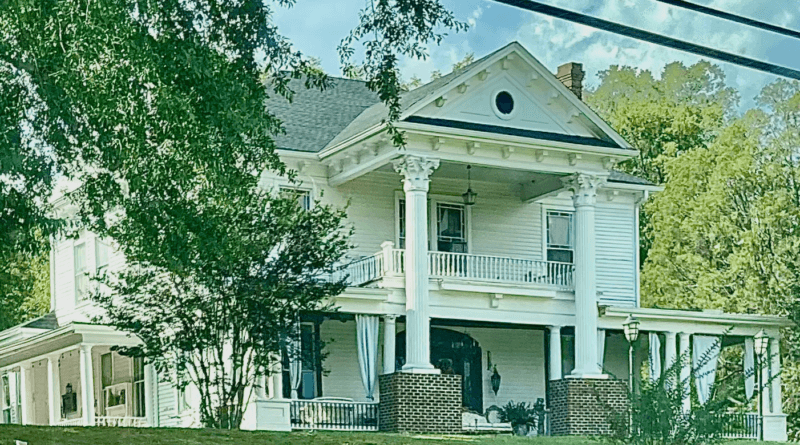 The DeSoto Civic Garden Club held its monthly meeting on Oct. 4 at Thistledome, which is located in Byhalia.  Guest speaker Todd Maxwell spoke to club members telling its story, followed by a delicious lunch prepared by Jill Maxwell.

This story begins in 1838 when land in Marshall County was forfeited due to outstanding debt.  Joseph William Chalmers acquired the land and made plans for a family home.  Built in 1840, this antebellum home is a two-story, columned house and is listed on the National Register of Historic Places.  It has original English tile flooring, wood floors, a floating staircase and a federal style front doorway.  It was the first home in Mississippi to have indoor water, thanks to the 30-foot deep cistern located under the main hallway.  It is the last remaining antebellum home in Marshall County.

Inheriting the property in 1851 after the death of Mr. Chalmers was his eldest son, James Ronald Chalmers, who served in the Confederate States Army, while reaching the rank of Brigadier General.  Involved in many battles, including the Battle of Collierville, he returned home after the war and later served as a Mississippi State Senator and a U. S. Congressman.  Two additional families have called Thistledome home and added their own chapters, the Horn family and the McAuley family.  It has also served as a boarding house, a bed and breakfast and a wedding venue.

After sitting empty for 33 years, a new family, the Maxwells, are adding their own chapter to the story of Thistledome.  Purchased in 2012, Jill and Todd Maxwell soon fell in love with the story of Thistledome that was discovered with each excavation and restoration project.  Now retired, the former Olive Branch couple have uncovered several artifacts including a softball-sized cannon ball, antique iron gates, a bugle and a key to the dining room.  The most talked about discovery, the remains of three infants, are approximately 150 years old.  A work in progress, future restoration projects are planned.