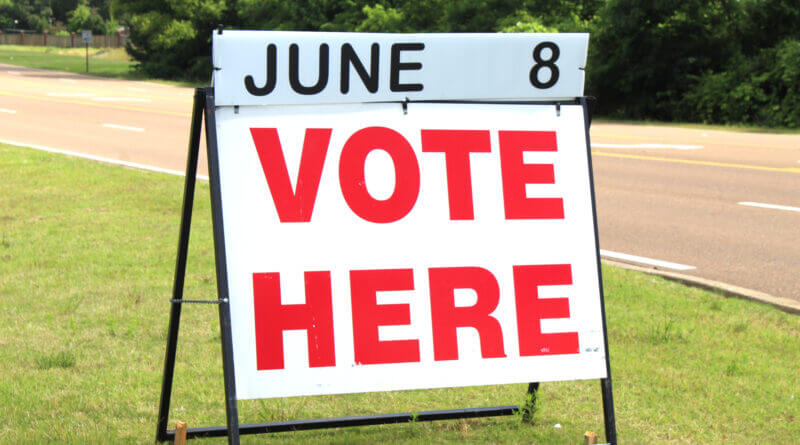 Voters across DeSoto County and the state of Mississippi are electing aldermen and mayors for their communities today, Municipal General Election Day.

Bookmark this page where we will update vote totals as they are received from the various clerk’s office. You will find those numbers on this sheet linked below. As it is updated to the sheet, the link will automatically be updated, as well.

Return to this page often on Election Day, as we will also update it with other pertinent information regarding Muncipal Election Day here in DeSoto County.

FINAL UPDATE: All unofficial vote totals are now in. Check the Municipal Election Results link above for the spreadsheet.

9:45 PM UPDATE: The Ward 4 tape is in and we’ll have the final numbers shortly. Darren Musselwhite and George Payne won in Ward 4 and can be unofficially considered winners for Mayor and Alderman At Large, respectively.

9:15 PM UPDATE: Some Olive Branch results are starting to trickle in. Pat Hamilton and Joy Henderson have each won re-election to their Ward aldermen positions.

8:30 PM UPDATE: A computer issue is the delay in getting Ward 4 done. Numbers are being returned to City Hall at this time. That is the one Southaven Ward yet to report. Joel Gallagher had already advanced from there in the primary but it’s the votes for Mayor and Alderman At Large that are affected.

Town of Walls aldermen winners are noted on the spreadsheet. Incumbent Mayor Keidrom Henderson did not have opposition. Vote totals were not available immediately but will be provided Wednesday morning, according to the Town Clerk Kathy Gordon.

8:05 PM UPDATE: All but Ward 4 in Southaven has been reported. Incumbent Ward aldermen have all won, and William Jerome takes the post in Ward 3.

7:00 PM UPDATE: Polls are now closed in DeSoto County and the state of Mississippi. Return to this page and the link above for vote totals as they are received from the various city clerks and the Town of Walls Clerk.

1:20 PM UPDATE: Secretary of State Michael Watson said he has been traveling North Mississippi today and has observed a “less than ideal voter turnout,” he said. “We’ll have poll observers in close to 60 cities today, making sure our election laws are being followed.”

“As a reminder, it is unlawful to campaign for any candidate within 150 feet of any entrance to a polling place unless on private property,” Watson said. “Additionally, all poll observers are advised to follow the conduct guidelines listed on our website.”

This page will be updated.