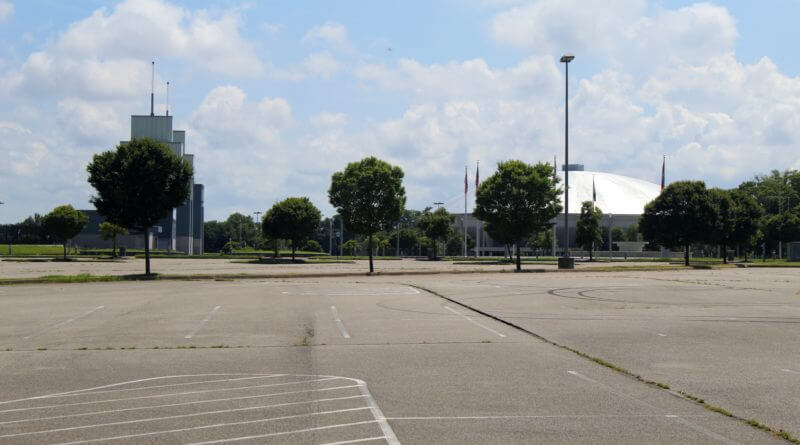 Many DeSoto County residents can remember the days when they looked forward to visiting Libertyland Amusement Park in Memphis, an attraction especially known for the popular Zippin Pippin roller coaster, considered at the time as one of the oldest operating wooden roller coasters in North America.

It was Elvis Presley’s favorite ride at the park, which also became the site of the annual Mid-South Fair for many years before eventually moving to its current home on the Landers Center grounds in Southaven.

The area has become somewhat dormant over the years since the Zippin Pippin left for a new home in Green Bay, Wisconsin and Libertyland was permanently closed for financial reasons in 2005. Much of the area has become parking for fans of the Memphis Tigers football team for home games, as well as for the AutoZone Liberty Bowl Classic.

Memphis city officials Thursday, Aug. 13, announced the latest plans in transforming the site into what will be called Liberty Park, a $200 million project to turn the area into a youth sports destination.

Among the attractions planned are a Memphis Sports and Events Center, expected to be a 227,000 square-foot building for youth sports and events. Inside, it will have basketball and volleyball courts, areas that could also be used for activities such as wrestling, gymnastics, and such. The facility would also be available for other events.

Soccer fields, a playground, and concession areas are also planned.

The Liberty Park plans are also for private development with a plaza, family entertainment venues, retail and dining options, two hotels, and as many as 150 apartments.

Liberty Park will involve Liberty Bowl Memorial Stadium and Tiger Lane, the Children’s Museum of Memphis, and the Kroc Center, but no mention has been made about the future fate of the Mid-South Coliseum.

It is hoped Liberty Park could be ready by late 2022.