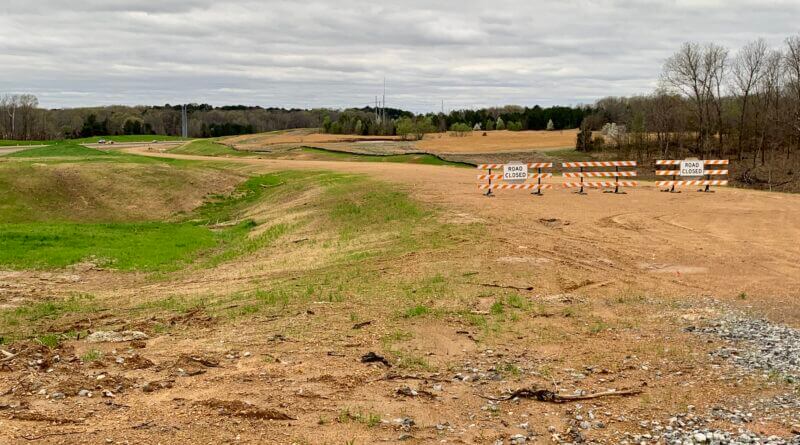 Photo: The view of one of the entrance ramps at the site of the new I-269/McIngvale Road interchange near Hernando. (Bob Bakken/DeSoto County News)

Construction of the new McIngvale Road interchange at i-269 is still projected to be finished later this spring, according to new information from the Mississippi Department of Transportation Thursday.

The MDOT improvement to the interstate is one of several projects Northern Transportation District Commissioner John Caldwell has provided updates on.

Crews have performed extensive earthwork and treated the site with soil cement stabilization, according to MDOT. Drainage structures have been installed and riprap placed throughout the project site. Right-of-way fencing is currently being installed.

The $7.9 million project, awarded to Tanner Construction Company, of Laurel, is expected to be completed later this spring.

The project includes construction of new northbound bridges over Hickahala Creek and Hickahala relief area. The bridges are being built on a new alignment.

Crews have performed major earthwork along the new alignment. At the relief bridge, end caps have been built on concrete pilings and concrete beams are being installed. Structural steel has been installed on the Hickahala Creek bridge.

The project was awarded to W.G. Yates & Son Construction Company, of Jackson, and is expected to be completed in spring of next year.

MDOT is also building two bridges on state Highway 3 in Tate County on a new alignment.

The bridges will replace two existing steel girder bridges built in the 1950s over Arkabutla and Strayhorn creeks. One bridge is complete through the bridge deck. Concrete beams have been installed at the other in preparation to construct the deck.

The $9.7 million project was awarded to Joe McGee Construction Company, of Lake, and is estimated to be completed this summer.

In Marshall County, five bridges and one box culvert have been replaced at three sites on state Highway 309.

Crews are active at the sites removing the old highway and bridges. Once demolition is completed, a final riding surface of asphalt will be laid through the project area.

The $17 million project was awarded to Talbot Brothers, of Nesbit, and is slated to be completed in the fall of this year.