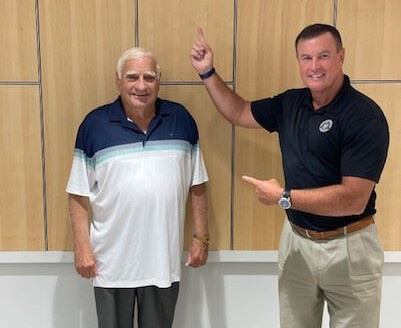 At the front lobby of the Southaven City Hall, there is a “Tribute Hall,” set up to honor great people of Southaven.  Wednesday, Mayor Darren Musselwhite announced the first person who will be honored on that wall would be former Fire Chief Vernon McCammon.

“When City Hall was renovated in 2020, we incorporated a new design for a tribute hall that will be further adjoined to a new archive library near the entrance of the building,” Musselwhite said in his Mayor’s Report blog. “This is a great, high-profile location to honor our people and our history.”

McCammon joined the Southaven Fire Department as a volunteer in October, 1968, twelve years before our city’s incorporation.  He was promoted to Lieutenant in 1971, then Chief in 1974.  While serving as Fire Chief in the mid-1970s, he also joined the inaugural team who created the first-ever EMS service in DeSoto County.

McCammon was named the city’s first official Fire Chief when Southaven was incorporated in 1980.

“He served the City as Fire Chief during monumental growth years, meeting the public safety needs of our citizens from the early days of one fire station and red, land-line fire phones, to pagers, then to the most modern technology and four fire stations when he retired in October, 2006,” said Musselwhite. “During this time, he hired and mentored hundreds of men and women who’ve followed his outstanding model of service.”