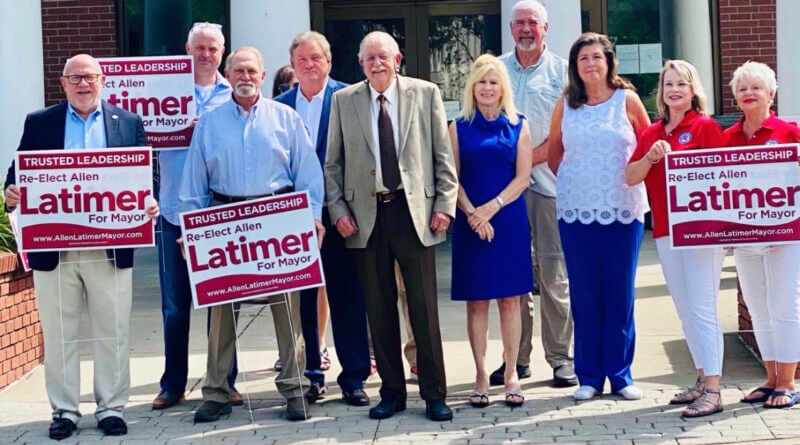 Three cities in DeSoto County have competitive races for city leadership as mayor, but only one of the June 8 municipal elections will have three candidates on the mayoral ballot.

That will be in Horn Lake, where incumbent Mayor Allen Latimer faces two challengers. Democrat Jimmy Stokes II and Cole Bostick, running as an independent, look to unseat the two-term mayor of the DeSoto County city.

“Mayor Allen Latimer has served as both a county Supervisor and Mayor,” stated Mark Gardner, as he noted that Latimer was county supervisor for eight years until 2001.

“He has dedicated his life to serving the citizens of DeSoto County,” Sexton said. “He won the Republican primary and is the conservative Republican choice in this race. Fiscally conservative management of Horn Lake is extremely vital to a strong real estate market, which benefits all.”

Latimer is a lifelong resident of the Horn Lake area, having graduated from Horn Lake High School in 1965 and later graduated from Northwest Community College and Christian Brothers College. His parents owned and operated the Bullfrog Corner Store from 1924-1969.

Latimer married his wife Joan in 1978 and had one daughter, Colleen and two grandchildren, Courtney and Cole.  Joan Latimer passed away in August 2019.

The current mayor seeking re-election was an owner and operator of the Goodman Road Package Store in Horn Lake for 27 years and was a teacher at Southaven High School from 2001-2013.

Latimer’s involvement has also been as a member of the Sons of Confederate Veterans, Sons of American Revolution, and Knights of Columbus. He has been a member of Christ the King Catholic Parish for over 40 years.

Voters may also vote absentee at City Hall on Saturday, May 29 and again Saturday, June 5 between 8 a.m.-12 noon.

Election Day voting hours at the various precincts statewide is from 7 a.m.-7 p.m. on Tuesday, June 8. DeSoto County News will again have Election Night coverage as we have throughout the municipal election process.