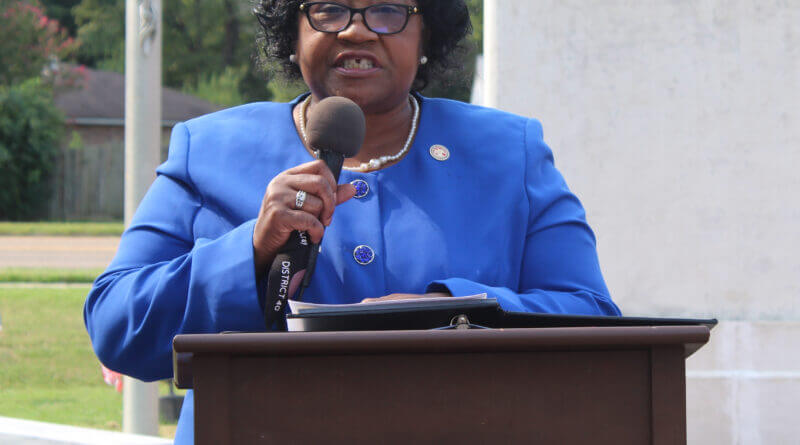 The award was created to “identify women who have worked tirelessly, often breaking down barriers and overcoming obstacles that once seemed insurmountable, to serve their communities.

“These pacesetters have engendered an environment where women can now serve in public office and fight for the issues they are passionate about,” a news release from the organization stated. “This year we have seen the amazing work our elected women have led during these difficult times.”

According to NFWL Executive Director Jody Thomas, “Part of the spirit of NFWL is that we take time to acknowledge the significant accomplishments of the hardworking and dedicated women around us, and we are delighted to recognize this year’s honorees.”

The 24 winners were nominated by their colleagues and constituents from their home states, before being chosen by a distinguished panel of NFWL members.

State Rep. Lataisha Jackson nominated Jackson-McCray for the award, which will be presented to her at the National Civil Rights Museum in Memphis on Tuesday, Nov. 9, starting at 6 p.m.

“We congratulate our winners from this year and look forward to presenting them with their award in November,” Thomas said.