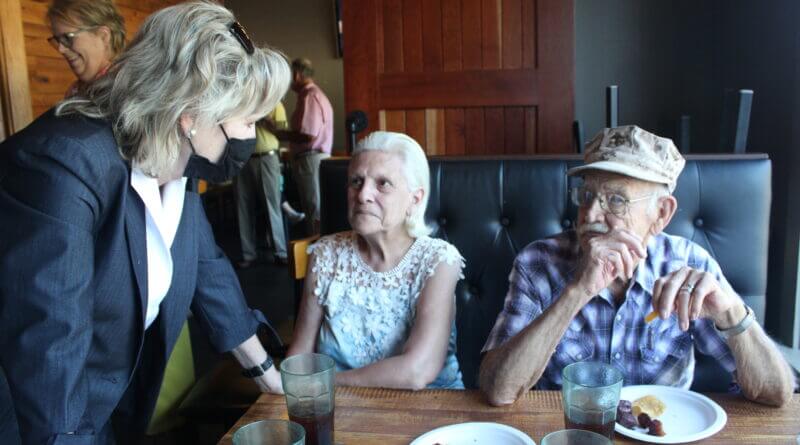 Mississippi U.S. Senator Cindy Hyde-Smith (R-Miss.) is among the signers of a bicameral letter sent to President Joe Biden to outline the plan he has moving forward for Afghanistan. The letter from 12 Senators and 57 Members of Congress also lists 14 “urgent” questions they want answers from the President about the American withdrawal effort.

The action comes while anywhere between 1,500-4,000 Americans remain trapped in the country now under Taliban control.  Most believe the figure is around 1,500, however U.S. officials have been hesitant to offer any firm number.

Biden has said the end of August deadline won’t be changed unless absolutely necessary. Hyde-Smith, when asked at an appearance in Hernando Wednesday about that, said getting Americans out of the country shouldn’t be hampered by a hard deadline.

“We’re hoping that we will stay there until we get the job completed to get Americans out of Afghanistan,” Hyde-Smith said.

“The consequences of withdrawal from Afghanistan are not isolated to that country, or even to the Middle East region,” quoting the letter. “The withdrawal carried geopolitical and strategic consequences that have already begun to unfold and will reverberate for decades. Dealing with these consequences means that we must take action now to chart the course for American strategy, while we manage the immediate repercussions of this self-inflicted crisis in Afghanistan. We do not have the luxury of time to sit by watching in resignation as the aftershocks of this crisis shake the world.”

Topics covered in the questions included Al Qaeda and ISIS-K, the Chinese Communist Party and Pakistan, the possibility of the Taliban obtaining a nuclear weapon, the evacuation of Americans from Afghanistan and other vulnerable Afghans.

Hyde-Smith said the government is doing its best to get all Americans out, but is upset with the Biden administration’s performance on the issue.

“American citizens are the priority,” the Mississippi Republican said. “Afghan national Christians, we are working on as well. I just am amazed at how this has been handled by the Biden administration. It is a desperate act. We don’t know what time frame we’re working on right now.”

But Hyde-Smith has placed the responsibility for the safe removal of American lives from the Middle East country squarely at 1600 Pennsylvania Avenue.

“That is his (Biden’s) job to get Americans out so we’re going to help with any support that we can to facilitate that,” Hyde-Smith said.

The Senator’s visit comes on the heels of last week’s visit from top staff members of the Congressional delegation representing DeSoto County, including Hyde-Smith, Sen. Roger Wicker, and Rep. Trent Kelly, to visit and tour DeSoto County with local government and business leaders.

While not part of last week’s tour, Hyde-Smith is aware of the growth in DeSoto County.

The letter from the Members of Congress to President Biden in its entirety may be read here.