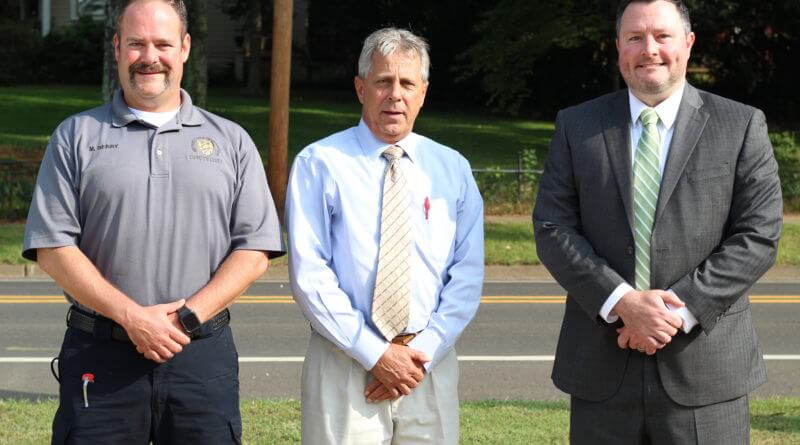 The City of Hernando has a new municipal judge and a new fire chief.

Deputy Fire Chief Marshel Berry was officially elevated to the position of fire chief and Adam B Emerson was named municipal judge during the Board of Aldermen meeting on Tuesday, Sept. 15.

Berry has been interim fire chief since Hubert Jones retired after nearly a half-century as the city’s first fire chief. Emerson fills the seat of Judge Robert Quimby, who is leaving the area.

Both have been committed to Hernando for nearly their entire lives. Emerson practiced law for two years in Jackson after receiving his law degree before returning to DeSoto County, where he is now part of the Bridgforth, Buntin, and Emerson law firm in Southaven. Berry is a lifelong resident of the city.

Emerson said the cases he expects to hear will cover a wide spectrum, primarily involving misdemeanors.

The position of a municipal judge is a part-time position so Emerson will continue in his attorney role with the Southaven firm he is a part of, although he will relinquish his role as city prosecutor for the City of Horn Lake.

Berry becomes just the second fire chief the city of Hernando has had and he was hired 25 years ago by his predecessor, Hubert Jones.  He has been the interim fire chief since Jones retired in early July.

“It’s always something I’ve loved to do and am thankful to have had the opportunities the past 25 years to do what I’ve done and get where I am at now,” Berry said.

“My grandfather was a volunteer firefighter at Love and in Hernando and I’ve had several uncles that were volunteers throughout the community,” he added. “It’s just a natural fit. I started volunteering here in Hernando and had the opportunity to get hired and I took it.”

As fire chief, Berry has a big responsibility to ensure his department is ready when it is needed.

“I’ll be responsible to let the Mayor and Board of Aldermen know my ideas and try to move forward in a path that’s going to be good for everybody,” Berry said. “Basically, I need to keep the fire department moving forward with new ideas and make sure that everybody’s trained and make sure the department is running like it is supposed to be running.”

There are 46 people in the fire department, including paramedics, firefighters and building inspectors.

Mayor Tom Ferguson said he was looking to fill both positions by people with Hernando backgrounds.

“It’s very exciting to have local people who can handle the job,” Ferguson said. “There were other people we looked at but we actually never interviewed anybody. My whole goal was to stay inside and we were able to do that.”

In addition to finalizing the hiring of Berry and Emerson, Hernando aldermen Tuesday evening finalized their city budget for the 2021 Fiscal Year, an action they were required to make according to state law by Sept. 15.

Coming into the meeting with about a $119,000 difference in the budget, aldermen opted to remove a street overlay program worth $350,000 and put the remainder into the contingency fund to balance the budget.

The city’s millage rate had already been determined at 40.7654 mills at the board meeting of Aug. 18.