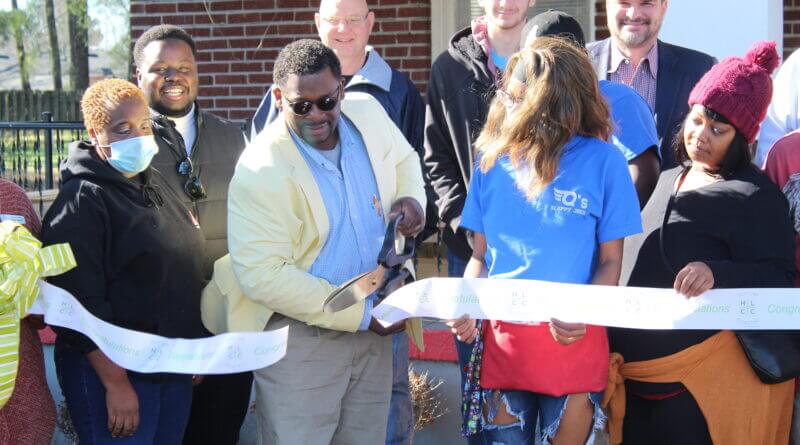 In the building that was once home to Chicago Style pizza in DeSoto County comes a new spot for great-tasting food of a variety not seen in the area before.

Open since the beginning of the month is Q’s Sloppy Joes, in the former Wiseguys Pizza location on Highway 51 in Horn Lake. Owner Qunicy Randle and the Horn Lake Chamber of Commerce held a formal opening with a ribbon cutting event Monday morning.

Randle, who said the idea for the restaurant came to him after eating at a Mexican restaurant that also served sloppy joes while an owner-operator truck driver hauling grain in south Texas.

“I ate there probably every night I was out there and I enjoyed it,” Randle explained. “I said if I ever get back home and there’s nobody selling sloppy joe’s I’m going to sell me some sloppy joe’s.”

“We’re going to have it where everybody can come out and get something on the menu,” Randle said. “I think we’re going to see a lot of people come just to try it out because it is something different. It’s something that most restaurants don’t offer.”

Different from a hamburger formed into a patty, sloppy joes is a loose meat sandwich that consists of ground beef cooked with items such as onions, tomato sauce of ketchup, Worcestershire sauce and other seasonings, served on a hamburger bun.  Sloppy joes have been on the culinary landscape since the early 20th century.

Randle said there will be something on the menus that’s going to accommodate everybody.

“It’s just the seasoning and the ingredients that we came up with to make a better sloppy joe if you want to say,” said Randle. “We have the original and other varieties of sloppy joes that people are going to enjoy for a change of taste and try something different.”

The term “sloppy joes” is traced back to a restaurant in Sioux City, Iowa in 1930. A cook named Joe added tomato sauce to his “loose meat” sandwiches and the sandwich became known as sloppy joes.