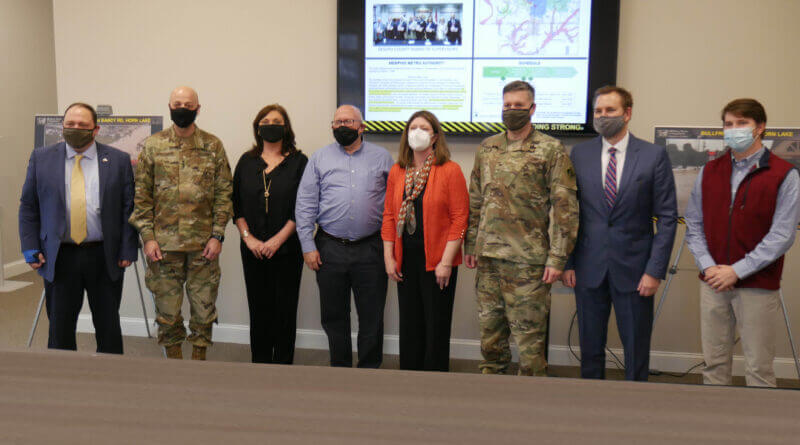 The study is two years in the making.  It documents areas prone to intense flooding and highlights factors contributing to flooding.

“The repeated flooding is also a public safety issue,” said Caldwell. “The flood of 2014 made it difficult to access Baptist-DeSoto Hospital.”

District 2 Supervisor and Board President Mark Gardner spoke about the economic impact of flooding.

“Two hundred people lost their jobs when flood waters forced a business to shut down and move out of DeSoto County,” Gardner said. “It is vital we take action to prevent more businesses from going under.”

The flood study will be used to determine the best ways to reduce flood damage to homes, businesses, and roads and bridges and to identify grant opportunities to implement flood control solutions.

Lt. Gen. Spellmon was very receptive to the study and information presented by the Supervisors and other members of the Flood Study Committee.  He thanked them for their hard work and offered insight on how the County and the Corps of Engineers could proceed.

All DeSoto County Supervisors serve on various committees dedicated to enhancing DeSoto County.  Supervisor Caldwell and Supervisor Gardner have served on the Flood Study Committee since its creation in 2018.