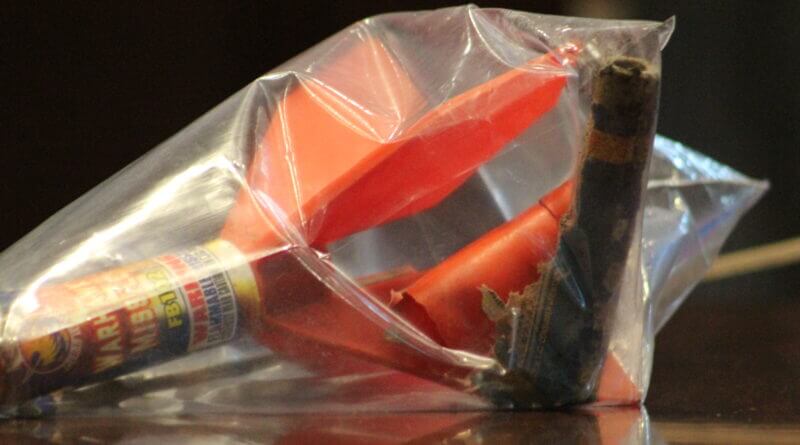 Fireworks were the topic of discussion at two DeSoto County city Board of Aldermen meetings Tuesday, in Olive Branch, and for a second meeting, in Horn Lake.

In Olive Branch, resident Pam Dean addressed the board about fireworks activity in her neighborhood and the city’s fireworks ordinance, which she said needs updating and is not currently being enforced.

Dean related this past Fourth of July holiday when her neighborhood became “nothing short of a war zone that lasted well into the early morning hours of the 5th of July,” Dean said.

Dean said she placed several complaint calls into the police department, which she said did not settle the problem. An attempt to appeal to neighbors brought a negative response from them.

“When the police failed to enforce the standing ordinance, I approached my neighbors between 10:30-11 p.m. asking them to stop,” Dean said. “This was not received well but I tried. I was told that I don’t own the road and they could do whatever they want.”

Dean added an active burn from paper set off by fireworks entered her yard and she had to extinguish it.

Her biggest complaint was with officers’ failure to come in to stop the fireworks problem.

“When the extreme explosive discharge is going on without enforcement, it gives the appearance of a stand down leadership,  selective enforcement, and the calendar gives criminal activity a pass and is too bad for everyone else,” Dean told aldermen.  “If the laws were enforced, neighborhoods would be peaceful because the fines could offset the cost of having police in overtime status. Residents are not just paying to have the officers ride around looking at the fireworks as they’re exploding in the neighborhood.”

Dean added the current ordinance should be looked at because it addresses what she called “Class C” fireworks. However, she said fireworks, which she said have become louder, more dangerous and explosive, are now classified differently.

Dean’s remarks came during the public comment portion of Tuesday’s meeting, so no action was expected or taken.

Meanwhile in Horn Lake, further discussion was held by the Board of Aldermen about revamping that city’s fireworks ordinance. Complaints have also been heard in that city about excessive use around the Independence Day holiday, and one home was actually destroyed with fireworks being labeled as the cause.

Alderman Jackie Bostick, who has been a vocal supporter of tightening the fireworks laws, asked that the other aldermen put together their own list of changes to consider.

“I want to see where the other aldermen are and we can tweak what we can to make it safe for the citizens,” Bostick said.

Vendor Dale Wilson appeared and asked that the vendors have a chance to provide input before a new ordinance becomes law.

“I have 52 years of experience in the fireworks business,” Wilson said. “It would only be fair if we could comment on your responses. We’re not opposed to what you would want to recommend, but we would like to look at it to make sure it is legitimate.”

Alderman Danny Klein asked Wilson what Wilson could do to help educate people about fireworks.

“Absolutely,” Wilson responded. “We could do public service announcements and I am working on a possible new digital billboard at the interstate for Horn Lake. It would be a $750,000 investment where we could put items up, not only for fireworks and other events that Horn Lake would have. We’re for any type of education that we can do.”

Alderman Dave Young moved to table the issue to allow board members to hear from Wilson and other vendors and get their input before an ordinance on fireworks is crafted. Discussion between the board and vendors would then have to be at a special called meeting to satisfy open meeting requirements.  That move was approved on a unanimous roll call vote.

Horn Lake aldermen also voted to approve new guidelines for public comment at its board meetings. A 30-minute period would be reserved as part of the municipal docket for citizens to make comments to the board.

Alderman Michael Guice asked if the new guidelines could be tried out for a short period of time “and tweak it,” as he said, before enacting the ordinance. Attorney Billy Campbell said that could be possible.

Mayor Allen Latimer said there would be 30 minutes at the beginning of the meeting, a limit of 10 speakers, and each person would be allowed three minutes to speak.

Latimer’s concern was that city officials could be caught “cold” with citizens coming before the board without the prior knowledge of what would be brought up and the citizens expecting answers without the board given a chance to first research the issue before a vote.

The new section of the board agenda regarding public comment would go into effect in 30 days.

Among Southaven Mayor Darren Musselwhite’s comments to the Board of Aldermen Tuesday night was that the span for the Snowden Grove Pedestrian Bridge arrived on the site Tuesday. The structure is under construction as a walkway over Getwell Road at May Boulevard to connect the western entrance to Snowden Grove Park to the Silo Square development on the east side of Getwell Road.

“We’re in discussions now with the contractor and everybody involved to decide the best time to put that structure on,” Musselwhite said. “These people are prepared to do it, we’re just trying to decide the optimum time to do it, because of the traffic situation on Getwell. We’re not going to do it during a rush hour and we’ve been talking about possibly doing it at night or doing it on a weekend.”

Musselwhite did say in the meeting that the bridge should be up in the time period from Aug. 20-22.

Wednesday, in an email to DeSoto County News, Musselwhite said, “the actual bridge structure will be lifted and placed by crane on the elevator towers.  Getwell will be detoured on Nail Rd for northbound traffic and through Silo Square for a short route for southbound traffic.  The time hasn’t been decided yet, but will be announced soon.”

Hernando aldermen heard concerns about noise Tuesday night. Residents complained to the Board about loud live music late in the evening coming from a local restaurant, Uncle Bubba’s Barbecue and Smokehouse.

Alderman Chad Wicker opened the discussion, saying he had received several complaints about loud music coming from the establishment. Alderman “Doc” Harris added the previous board had discussed noise issues, but that they couldn’t act because there was no noise ordinance on the books at the time.  Harris said that there was only one person complaining about the music.

Alderwoman Natalie Lynch added that the previous discussion did not include the restaurant owner and advised that any effort to craft an ordinance could not target one specific business, but be more general in nature.

Several residents did step forward to speak to the discussion. One resident said any ordinance should include a decibel level limit and a time limit for when the music needs to stop. He said the problem is not when music is played indoors, but rather outside.

Another resident said his home is about a mile away from the establishment in question and he can hear the music from his home.

Those who spoke said they want the city to pass an ordinance now to have for the current situation, but also for future places that come into the city.

Harris did urge the city attorney to investigate what other cities do involving noise issues and come back to the board next month for recommendations, a move he put into a motion which was passed by the board.