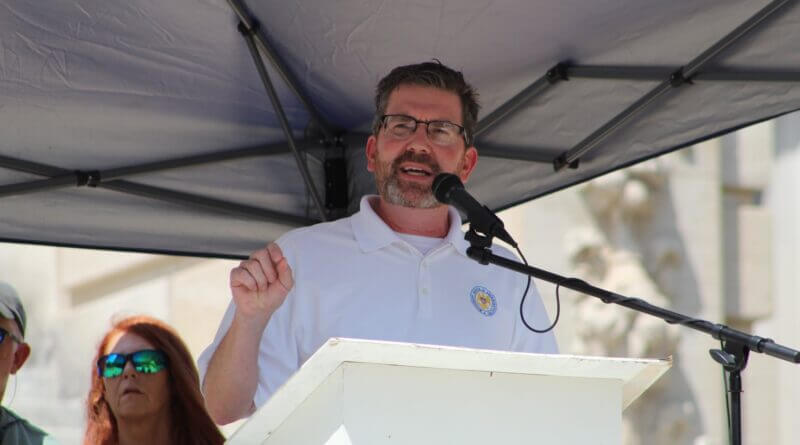 State Representative Dan Eubanks (R-Walls) Tuesday officially announced a run for re-election as a state legislator. The District 25 lawmaker was first elected in 2015 by a large margin over Democrat Harold D. Harris and was re-elected without Democratic opposition in 2019.

Eubanks made his campaign for re-election official with a post on his Facebook page Tuesday evening. calling his work in the Legislature a responsibility he takes seriously.

“It was my goal when I first ran seven years ago to be the kind of representative that delivered on every promise I made, unwaveringly held true to my ideals and the founding principles of our nation, and always put my constituents first,” Eubanks said. “As rare as that seems to be these days in a politician, I can say without hesitation, that I have done just that.”

Eubanks touts a number of achievements during his time at the State Capitol. They include co-authoring the 2016 Religious Freedom legislation, pro-life legislation in 2018 he co-authored that eventually led the U.S. Supreme Court decision that overturned Roe v. Wade, and having his name on the tax cut legislation passed in the last session of the state Legislature.

He said he has been officially endorsed by the National Rifle Association, Young Americans for Liberty, Mississippi Right to Life, and the Restore Liberty organization. The co-founder of the Mississippi Freedom Caucus has led the Capitol Prayer Group for the last four years.

His social media post mentioned several awards and recognitions he has received that reflects his conservative values.

“As you can see, I am not a person of empty promises and talk, I have been working very hard for you and our state,” Eubanks said. “While things are better in Mississippi since you first elected me, we still have a ways to go. I hope you will put your trust and faith in me again as we strive to make Mississippi the best place in America to work, raise a family, and do business.”