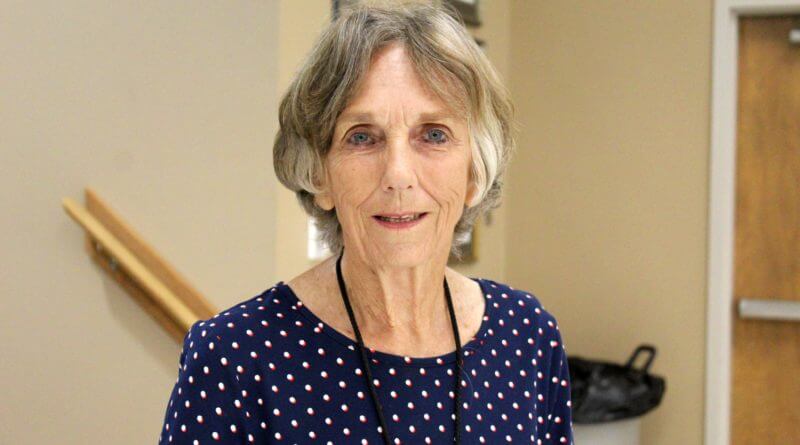 If you attend DeSoto County School District Board of Education meetings, you may notice that sometimes there can be little conversation going on between the board members. Sessions go fairly smooth as information and research having been done ahead of the call to order.

However, District 5 board member Sarah Doss-Thomas says that, if re-elected in the November general election, she will be speaking her mind more in open sessions.

“If I win, I’m going to start looking at things a little more broadly than what I have done before,” Doss-Thomas said.  “This time I’m going to be more outspoken in the meetings. I’ll be more vocal this time.”

Doss-Thomas, finishing her first six-year term as a board member, faces challenges from Dr. Larry Sylvester and Charles Barton in November. As the board members’ terms have been staggered to avoid a complete turnover in one election, Doss-Thomas is the only one of the five members up for election on the school board this year.

The retired teacher started her education career in Atlanta, Georgia but later joined the Southaven High School faculty, where she taught before her retirement in 2006.

Doss-Thomas believes she can be a strong voice for students.

Doss-Thomas, a graduate of North Panola High School, attended Northwest Mississippi Community College, where she began her major in business and a minor in education. Doss-Thomas later went on to earn a bachelor’s degree in commerce from the University of Mississippi.

Just because she may not be vocal in meetings doesn’t mean Doss-Thomas is not active, working for the students of District 5, and the entire DCS school district, she said.

“I very seldom say anything in the meetings,” said Doss-Thomas. “I feel comfortable with myself. If I can help the kids and the parents. I am a voice for parents and for students.”

Doss-Thomas and her husband J.L. have two sons and three daughters, as well as 12 grandchildren. Some of that family are also involved in education.

In the middle of a pandemic, Doss-Thomas said DCS has accomplished as much as it can to continue its strong educational foundation, while dealing with ever-changing mandates from the state.

I think Mr. (Supt. Cory) Uselton is doing as good as he can do (about coronavirus and schools) but every time he would set up rules the governor would change and we would have to go back,” Doss-Thomas said.

But Doss-Thomas said there remains several needs for the state’s largest school district that she would work to accomplish, with students remaining her main priority.

“I do think there are some things that we don’t think through,” Doss-Thomas said. “I think I am ready now for another term. If people have watched me in the last six months, I’ve changed.”