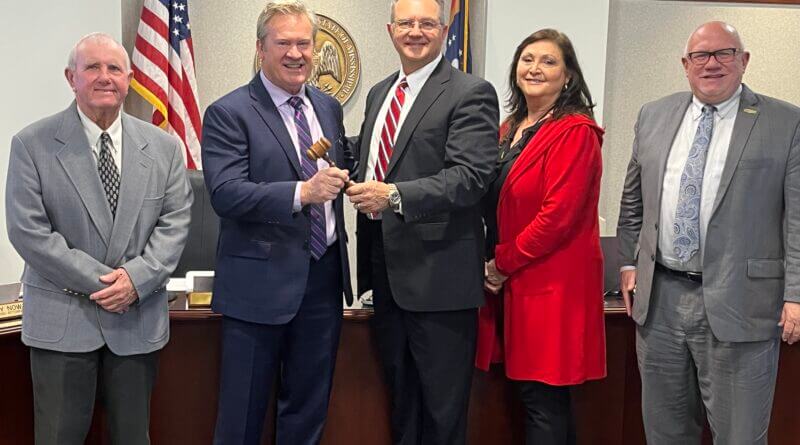 The DeSoto County Board of Supervisors gaveled in session and organized for the new year Tuesday morning with a change of leadership for 2023.

District 3 Supervisor Ray Denison was named to take the gavel and lead the board during the calendar year. Denison was the board vice-president in 2022 and replaced District 5 Supervisor Michael Lee, who is finishing his term this year as he makes a run to become DeSoto County Sheriff.

Lee Caldwell was named as board vice president. The county board of supervisors has traditionally rotated its members in leadership positions and this was Denison’s first time as board president. He served as vice president last year.

Along with the election of officers, the board Tuesday morning was introduced to new 4-H agent Laura Anglin and approved appointments for the coming year as nominated by each board member.