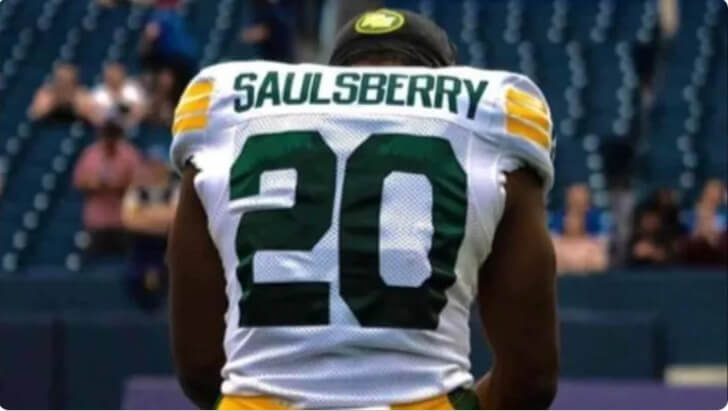 A GoFundMe account for a new foundation has been started in the wake of the shooting death of former Northpoint Christian School football player Christian Saulsberry. It is aimed at helping young football players move up to “the next level.”

“We are officially launching the Christian Saulsberry Memorial Fund,” Saulsberry-Smith wrote on Facebook. “This fund and foundation will be used eventually to have football camps for young men and also for me to assist small school players with the ability, skill and will to get to the next level. It is my desire to educate not only the player but the parent on the process and the work it takes to strive and work toward their goal of playing professionally.”

Saulsberry-Smith said all funds donated will be used for its intended purpose and all records will be kept up-to-date and accurate at all times.

It was announced at the vigil Tuesday evening that Saulsberry’s #2 football jersey number would be retired at the Trojans’ first home football game in the fall.

Saulsberry was shot and died from his wounds at a party in Walls early Saturday morning. A suspect, Mark McDaniel, was later found at his Memphis home and eventually was extradited to DeSoto County, where he is being held without bond on murder charges.

A 2016 graduate of Northpoint, Saulsberry starred on the football field, leading the Trojans to the 2015 TSSAA Division II-A state championship game. He went on to play at Itawamba Community College, West Alabama, and professionally in FCF, or Fan Controlled Football, before landing a contract this past season as a return specialist with the Edmonton Elks of the CFL.

The link to the GoFundMe account for the Christian Saulsberry Memorial Fund is found here.