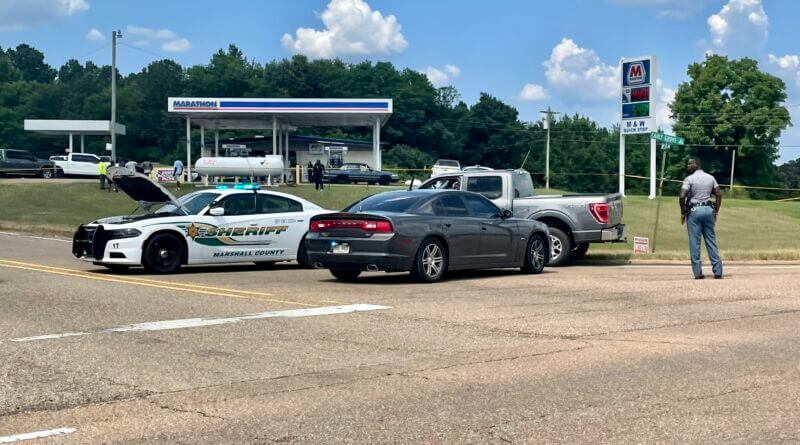 Authorities in Marshall County report that two people have been shot at a gas station in Lamar, Mississippi, about 35 miles east of Olive Branch.  The shootings took place about 2 p.m. at the M&W Quick Stop gas station on Highway 72.

Identities and conditions of the victims have not been released and the investigation into the shootings continues, including who the shooters were.

WREG-TV reports two people have died as a result of the incident. They have been identified as Demarcus Tate and Tarvis Shields. Reports are a news conference is planned for Wednesday morning, July 6, to provide more information.

This is a developing story which we will update as more information is available.