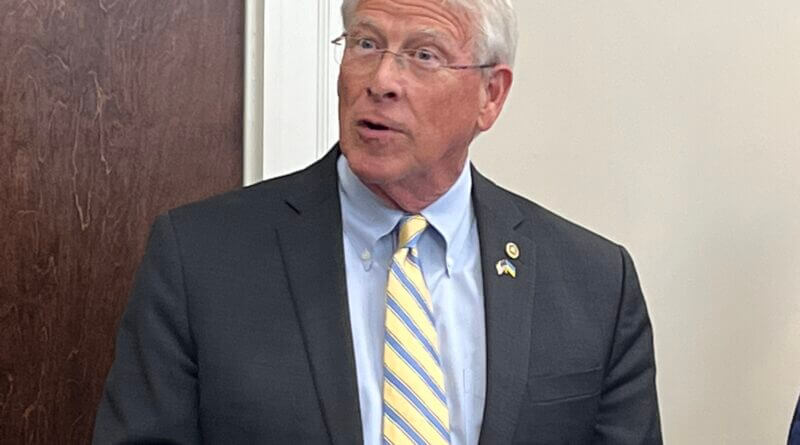 Note: The following is Senator Roger Wicker’s Weekly Report and is provided by the Senator’s office.

This time last year, powerful voices across our country told us that Georgia’s election reforms were a brazen attempt to “suppress” the vote. Politicians, CEOs, and media elites all jumped on the bandwagon, with President Biden leading the way. The President called the Georgia law “Jim Crow 2.0.” He accused Republicans of trying “to suppress your vote, to subvert our elections,” and compared them to segregationists. Corporate America also joined in the frenzy. Coca-Cola and Delta condemned the Georgia law, and Major League Baseball pulled the All-Star Game from Atlanta. Perhaps worst of all, Democrats in Congress – insisting that voting rights were at stake – pushed for a federal takeover of our elections and nearly destroyed the Senate filibuster trying to pass it.

These voices have gone strangely silent now that their dire predictions have proved false. Two weeks ago, Georgia held its first election primaries since the new election law took effect, and far from “suppressing” the vote, there was record turnout. Early voting increased nearly threefold from 2018 and more than doubled from 2020, a presidential election year. Minority early voting soared as well, with African-American voters casting over 100,000 more early ballots than in 2018. All of this must have come as a surprise to voters who had been fed misinformation. One elderly African-American woman told the Washington Post, “I had heard that they were going to try to deter us in any way possible. To go in there and vote as easily as I did … I was really thrown back.” Every leader who spread these lies about the Georgia law owes an apology to the American people.

It Should Be Easy to Vote, Hard to Cheat

Georgia lawmakers crafted their new election law to address confusion and controversy around the 2020 election. Their reforms, enacted last year in the Election Integrity Act, were designed to make it easier to vote and harder to cheat. Far from raising barriers to the ballet box, the law expanded the window for early voting, allowed no excuse mail-in voting to continue, and added 100 new ballot drop boxes. It also allowed voters to get a government-issued ID for free. These reforms were eminently modest, yet critics apparently did not bother to read the bill.

I recall sitting in a Rules Committee hearing last year when Washington Democrats repeated the same misinformation about the Georgia law. In response to it, they tried to impose a dramatic overhaul of our election system from Washington. Their proposal, H.R. 1, would have made voting less secure and caused confusion at the polls, including in Mississippi.

Among its worst provisions, the Democrat bill would have forced states to hold automatic voter registration, Election Day registration, and online registration – creating lower barriers to fraud. It would have abolished voter ID requirements, which are popular nationwide. And it would have required states to allow ballot harvesting – an unseemly practice in which paid operatives can round up ballots from voters and deliver them to the polls, raising the possibility of mischief. This legislation sailed through the Democrat-run House and was blocked only when Democrat Senator Joe Manchin joined all 50 Senate Republicans in opposing it.

Now that these claims of voter suppression have been proven false, I hope my Democrat colleagues will send H.R. 1 to the shredder. This sort of extreme legislation, driven by fast-moving lies and rumors, shows exactly why the Senate should remain a place of careful deliberation and consensus building.