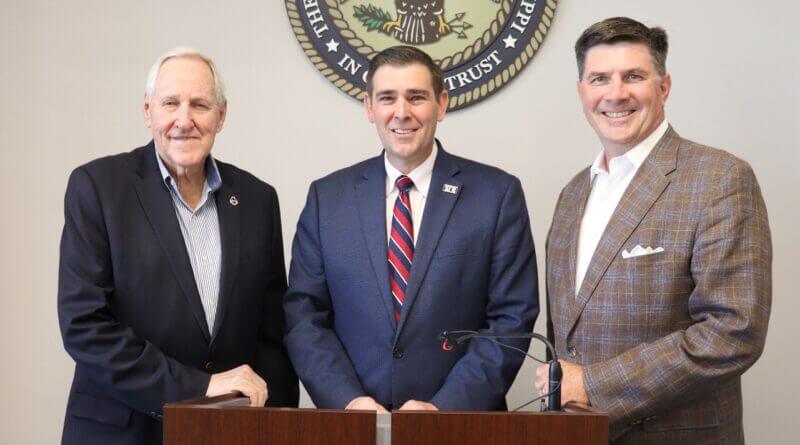 Mississippi Commissioner of Agriculture and Commerce Andy Gipson has announced Standing for American Freedom, a patriotic concert event, will be held inside the Mississippi Coliseum on Sunday, Dec. 5, at 5:30 p.m. in recognition of the 80th Anniversary of the attack on Pearl Harbor, which will be observed nationwide on Dec. 7. This event will be held in partnership with the Friends of Mississippi Veterans.

“We are honored to host the Standing for American Freedom concert in the Mississippi Coliseum at the State Fairgrounds,” said Gipson. “In recognition of Pearl Harbor Day, we want to honor all of our veterans and active military personnel who dedicate their lives to protecting our freedoms. We will also recognize Mississippi first responders and medical professionals who never stopped working to keep us safe. I invite everyone to make plans to join us for this year’s preeminent patriotic event honoring Mississippi veterans still Standing for American Freedom.”

During this event, all Mississippi veterans of each military branch will be recognized and honored including surviving Mississippi World War II veterans. In addition, several special guests including former Gov. Phil Bryant and Mississippi Veterans Affairs Executive Director Stacey Pickering will pay tribute to our veterans’ defense of American freedom.

Standing for American Freedom will feature two concert performances. During the program, which begins at 5:30 p.m., world famous patriotic country music artist Lee Greenwood will open with a live version of God Bless the USA among several other songs. Headliner and acclaimed country music artist Travis Tritt will take the stage at 7:00 p.m. to perform his patriotic song What Say You as well as a full 90-minute concert.

“I want to thank Commissioner Gipson for his vision and leadership on this project,” said Pickering. “We are excited to know that the proceeds donated to our partners at Friends of Mississippi Veterans will benefit residents in our four State Veterans Homes and the resting heroes at our two State Veterans Memorial Cemeteries.”

A portion of the proceeds from each ticket sold will benefit the construction and improvements of Mississippi Veterans Homes through Friends of Mississippi Veterans, a nonprofit organization.Tickets start at $25 and can be purchased in advance through Ticketmaster at or at the Mississippi Coliseum Box Office. All military personnel and active first responders will receive $5 off admission. In order to receive the discounted admission, tickets must be purchased in person at the Coliseum Box Office. Proof of identification will be required. For more information on Standing for American Freedom, visit www.mdac.ms.gov.