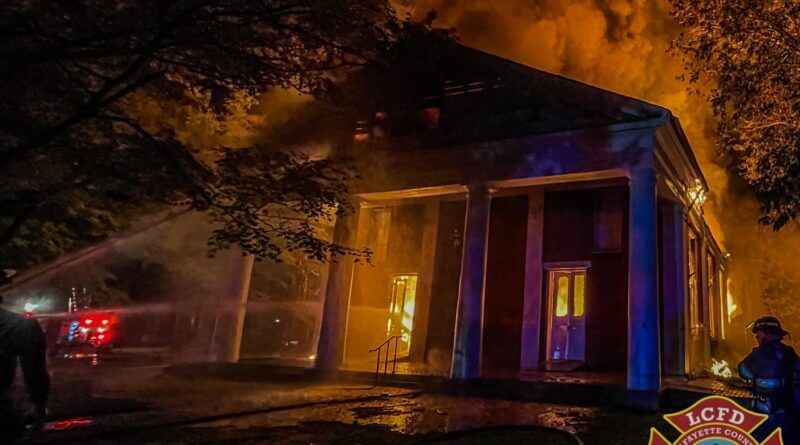 A Saturday night fire at an Oxford church has destroyed one of oldest church structures in north Mississippi.

According to the fire department’s Facebook page, Lafayette County fire officials were called to the College Hill Presbyterian Church shortly about 11 p.m. and found the structure engulfed in flames.  The blaze was believed to have started in the rear of the church but quickly moved into the attic area.

Firefighters were eventually cleared from the scene about 3:20 a.m. There were no injuries reported fighting the fire. Oxford fire crews assisted the Lafayette County personnel as a mutual aid.

According to the church’s Facebook page, Union troops with Gen. Ulysses Grant and Gen. William Sherman camped on the church grounds and author William Faulkner was married there.  It was also believed to be the model for some settings in Faulkner’s novels.