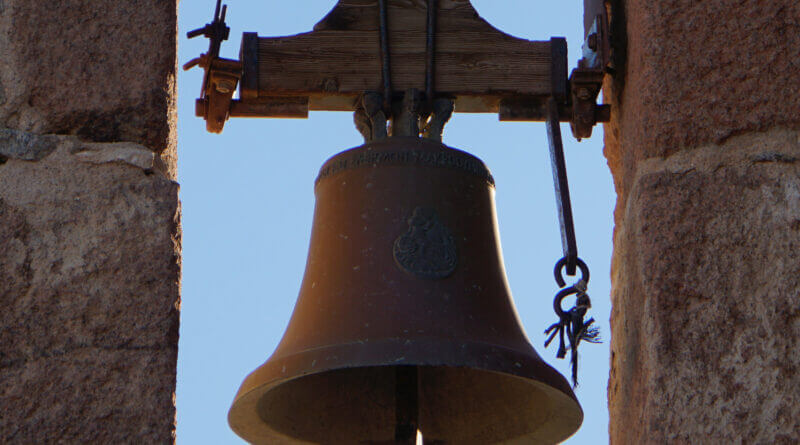 We had no one in the church appointed as the official bellringer, so the job fell to whoever arrived at church first. Since Tevis Slaughter was generally the first man to arrive at church, he was usually the bellringer.

The sound of that big bell would carry a long way across the fields inviting and encouraging people to get ready and come to the services. In those days, my family usually didn’t attend church except on Sunday morning. Since only our back field separated us from the church, however, we could always hear the pealing of the bell.  Like an accusing and appealing voice, it encouraged us to come at other times in addition to Sunday morning. That bell beside the church was an unwavering witness to the call of God upon our lives. It was also an enduring witness to a lot of important things that God did in that little church.

As I was growing up, I often thought about accepting Christ as my Savior, but I was very shy about doing anything in front of a crowd, so I kept putting it off. It was not until the summer of my 14th year that I finally did what I had known for years that I needed to do.

Our church was having a revival led by a young man named Jack Comer. His age and his style appealed to me, but I left to attend a 4-H Short Course on the campus of LSU in Baton Rouge as the revival was beginning. When I got home on Friday, I discovered that my younger brother Rick had made his profession of faith that week. The Lord used that to motivate me to do what I needed to do.

I heard the church bell pealing beside the church that evening as I made my way to the services. Without any hesitation, I went forward at the conclusion of the service to make my public profession of faith and commitment to Christ. I didn’t wait any longer. I don’t know what direction my life might have gone had I not made that decision. That decision that I made as a 14-year-old boy has shaped and controlled everything that I have done in my life since making it. It was the most important decision that I have ever made. I was saved that evening. I was saved by the bell!