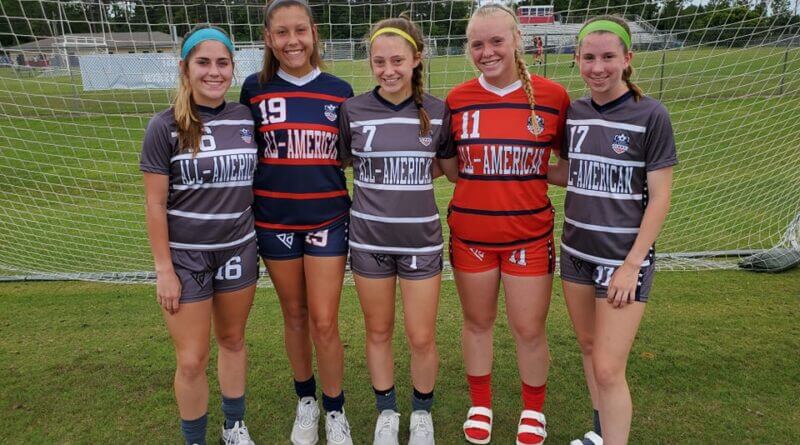 Six DeSoto County soccer players were spending the weekend in the Daytona Beach, Florida area displaying their skills in front of more than 100 college coaches.

The girls qualified to be part of the SEAA All-American Soccer Showcase, put on by Southeast All-American Sports LLC. The invitation-only event allows qualifying players to compete in hopes of gaining scholarship attention from college coaches, either attending in person or watching via livestream. About 120 players, 60 girls and 60 boys, have been involved in the showcase, which started Thursday, June 17 and finished on Saturday, June 19.

There were expected to be about 150 coaches watching the play during the weekend, representing junior colleges to Division I NCAA schools.

The players were invited to the showcase through qualifying events that were held earlier this year in nine states, including Mississippi.

These players were selected from DeSoto County schools for the weekend showcase: Briley Ross, Kennedi Turner and Bella Moore from Lewisburg; Micah Benson of DeSoto Central; and Kendal Moore and Liv Norris of Hernando.

The players said they were excited about the chance to be seen in hopes of getting to play college soccer.

“I’m glad I got hooked up with the SEAA All-American program,” Ross said. “It has allowed me to make a lot of connections with coaches all around the Southeast area, connections I never may have made on my own.”

“Not only have I made important connections with college coaches across the South, I have made lifelong friends with players who are also trying to get to the next level,” Turner added.

Some of the players from the area also play outside of their high school teams as part of Futsal Escola, a competitive program. Players felt the Futsal Escola team also prepared them to be standouts at this level.