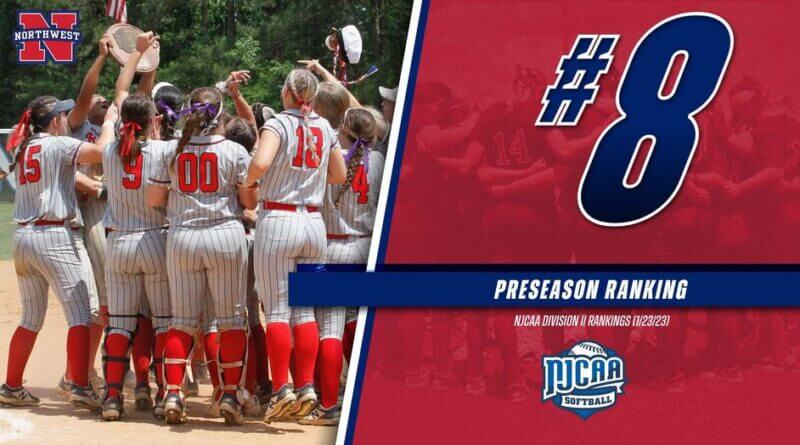 Last season provided a year of “firsts” for the Northwest softball program, and if Monday’s announcement is any indication, coach Chelsea Bramlett’s club is in for another historic run.

After starting the 2022 season unranked but receiving votes, the Rangers have captured the program’s first-ever NJCAA preseason ranking ahead of the 2023 campaign, earning the No. 8 national slot. The announcement picks up right where Northwest left off last season, as the Rangers claimed the NJCAA Region 23 title and were one of the final four teams left standing in the NJCAA Division II National Tournament field.

Copiah-Lincoln is the only other MACCC team ranked, checking in at No. 7, while Region 23 nemesis LSU-Eunice opens the season ranked ninth. While unranked in the preseason poll, Pearl River did receive votes.

Northwest finished with a program-best 39 victories and shattered numerous team, career and single-season records, a list that can be found here. Additionally, Bramlett garnered NJCAA Gulf District A Coach of the Year honors, while returning sophomore infielder McKaylee Polk earned All-American accolades from both the NJCAA and National Fastpitch Coaches Association.

Northwest will begin its quest to defend its Region 23 title on Wednesday, Feb. 8 against Jackson State (Tenn.) at 4/6 P.M.