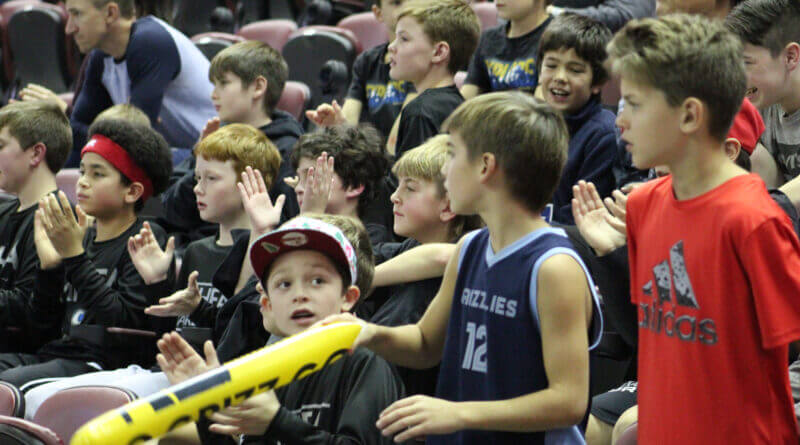 It was a night of season highs for the Memphis Hustle and two players in particular in the Hustle’s 121-117 victory over the Rio Grande Valley Vipers at the Landers Center in Southaven.

The 121 points scored mark a high-water mark for the Memphis offense in the season-opening Showcase Cup series.

David Stockton and Cameron Young also posted season highs. Stockton led the Hustle with 29 points while Young came off the bench and tallied 21 points, as did Shaq Buchanan.

Stockton was hurt to start the season and Hustle coach Jason March said Thursday’s game was Stockton’s first without a minutes restriction.

“We needed him to go and he got it going a little bit, so that was a huge help for us,” March said. “It was great to have him back on the floor for us. He’s a facilitator and another ball handler and playmaker for us.”

With the win, Memphis improved to 6-4 with two games yet to play at the Birmingham, Alabama Squadron on Monday and again on Tuesday before the top eight teams are determined to move on to the Showcase Cup tournament.

The win also set the Vipers down another notch, having come into the two-game series unbeaten for the year. Rio Grande Valley left Southaven with its second-straight loss to drop to 8-2.

Stockton, son of NBA great John Stockton, was deadly from the floor Thursday night, hitting 11-21 from the floor and 5-8 from three point range.  It was Stockton’s three-point that gave Memphis a 90-75 lead with 3:01 left to play in the third quarter.

But Memphis actually had a bigger lead in the game, taking an 18-point margin at one point in the second quarter to build a 69-55 halftime bulge.  Young and Stockton combined for 31 of the Hustle’s 69 points in the first half.

“Cameron just got here not long ago, so a huge effort for him and we needed that,” March said. “It’s so important to have multiple guys contribute when you have few bodies.”

However, led by Daishen Nix, the game’s leading scorer with 35 points, the Vipers bit away at the lead until they eventually trailed 94-91 in the fourth quarter after a 16-4 run.  That would be as close as the Vipers would get the remainder of the game.

Freddie Gillespie remained dominant inside for the Hustle, posting a double-double with 18 points, 14 rebounds. Gillespie, who had been average over three blocks a game, swatted another two shots in Thursday’s victory.  Reggie Hearn added 15 points as the sixth Memphis player hitting double digits against Rio Grande Valley.

“Freddie (Gillespie) does what Freddie does every night, getting rebounds and blocking shots,” March said. “That just ignites everything for us offensively and that makes things easier for us.”

Tyler Bey posted a double-double with 26 points and 11 rebounds on 10-of-15 shooting for the Vipers.

The Memphis victory again came with a short bench as the Hustle were able to suit up only seven players.  Darnell Cowart, Matthew Hurt and Sean McDermott were out with injuries. Yves Pons and Killian Tillie didn’t dress as two-way players with the parent club Memphis Grizzlies.

In the Showcase Cup set up, the 29 G League teams and the NBA G League were divided into four regional pods for the 12-game schedule. After the 12 games are finished early next week, the teams with the best winning-percentage in each regional pod, along with the next four teams across the league with the best win-percentages, will advance to compete for the Showcase Cup in a single-elimination tournament during the NBA G League Winter Showcase in Las Vegas, Nevada. The remaining teams will each play two games outside of the Showcase Cup tournament during the event.

After the Showcase Cup, the G League schedule continues with the Hustle traveling to Rio Grande Valley on Dec. 30, followed by a home game against the Agua Caliente Clippers at the Landers Center on Jan. 2.