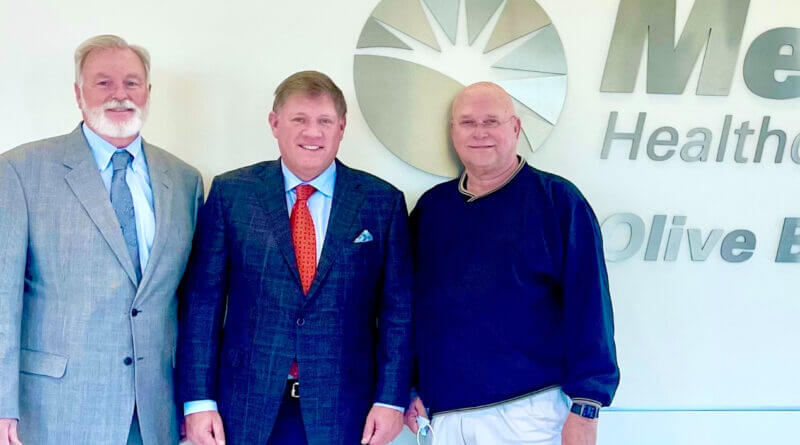 Former Olive Branch Mayor Sam Rikard has been named to chair the Methodist Olive Branch Hospital Board of Directors, replacing former state Sen. Merle Flowers, who was thanked for his service to the board over the past four years as chairman at its November meeting.

During Flowers’ time in the position, he oversaw the expansion of Methodist’s footprint in Olive Branch to include construction of a Professional Medical Office complex, additional Medical Surge beds, over 40,000 annual Emergency Room visits, over 600 annual births, and a workforce at Methodist of over 500 Associates.

“It has been an honor to serve as Chairman of Methodist Hospital Olive Branch,” Flowers said. “We have top notch folks and a thriving campus that will provide world class healthcare to our community for generations to come.”

The outgoing board chairman recently took on a role as a new member of the Mississippi Business Finance Corporation and the Mississippi Development Bank. He was a state senator representing a district that included Olive Branch from 2004-2012.

Rikard was a two-term alderman in Olive Branch before being elected mayor in 1997 and was in that position before retiring in 2013.