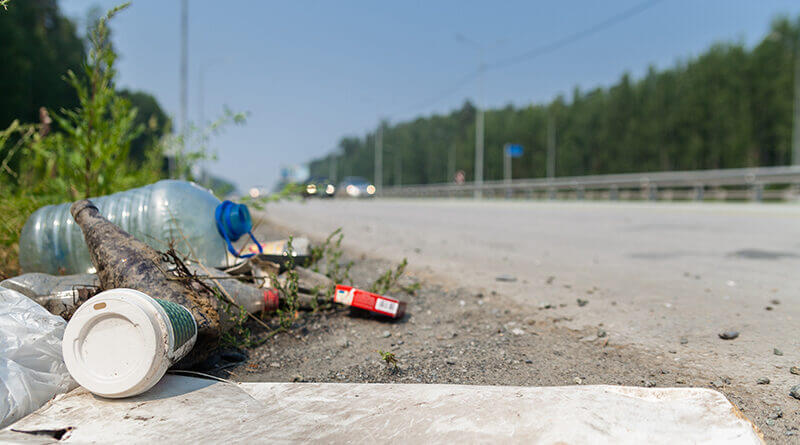 You will likely see people walking along Highway 51 between Church and Starlanding roads in Horn Lake on Saturday morning, Aug. 21, helping to make their little corner of the world a bit cleaner.

They’re taking part in the Adopt-A-Highway Mississippi program promoted by the Mississippi Department of Transportation (MDOT). Litter along the Magnolia State’s roadways continues to be major problems and the state and counties continue the battle against litter in different ways.

For instance, in 2015, DeSoto County started the “Shame On Y’All” campaign, with signage placed along county roadways as an awareness campaign and also to include the fines assessed for violating the littering ordinance.

MDOT is part of the Adopt-A-Highway program that allows companies, churches, individuals, anyone in fact, to claim a mile or more of highway as their “adopted highway.” In exchange for spending time along the highway once every three months on the clean up of the roadway, those adopting the roadway are recognized by MDOT with signage indicating this portion of the roadway is their adopted highway.

Saturday, the apartment complex Hamilton at Turman Farms is doing their quarterly clean up tour and they would appreciate a little extra help in getting their stretch of Highway 51 looking better.

“We, as a company, enjoy the community,” said assistant property manager Sarah Gruzeski. “We care about what our community looks like and how people feel when they drive through the community. The highway we adopted just happens to be the one that is directly in front of us.”

The Hamilton at Turman Farms officially adopted the one-mile stretch of Highway 51 in August of last year.

Gruzeski said an undertaking like this needs to be a group effort.

The only requirement MDOT places on the volunteers is that they be at least 12 years of age, Gruzeski said. When they gather Saturday morning, volunteers will get safety vests, pick up sticks and trash bags. The complex has committed to do this every quarter for the next three years.

When the apartment complex last did the trash pick up, Gruzeski said they were amazed at the amount of litter along the highway.

“We had over 30 bags and it started raining on us so we weren’t even able to finish most of it. It was horrible,” she said, adding that whatever is collected will be picked up and removed after the event by MDOT trucks.

Officials continue to say that the litter problem does more than make a roadway look unsightly. Some have commented in the past about company executives looking at DeSoto County as a place to locate but chose not to come because of the littered condition of the roadway, meaning economic opportunities for the county were lost. Property values also go down and there are health risks involved, as well.

MDOT quotes figures from five years ago that said the state took in nearly 51,000 cubic yards of litter from the state’s highways in 2016. Another 8,900 yards of trash were picked up from the state’s roads.  MDOT says it spends about $3 million each year on litter removal.

If you would like to learn more about Saturday’s Hamilton at Turman Farms litter pick up, contact Gruzeski at 662-393-9545. For more information about adopting a highway, visit the MDOT Adopt-A-Highway program website.