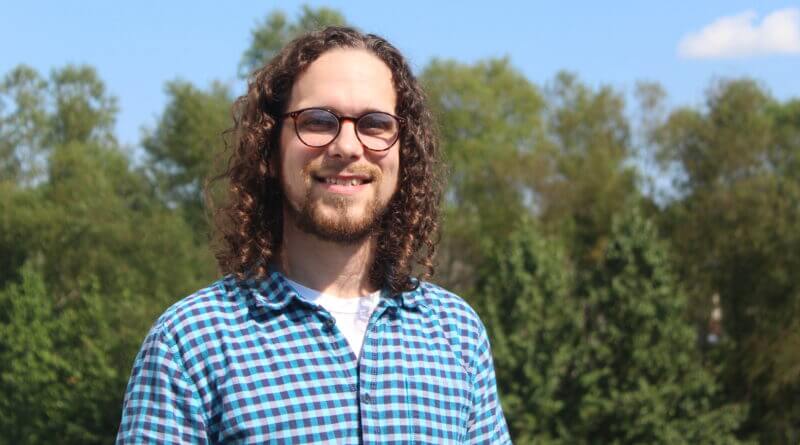 The latest compilation of music from Olive Branch musician and songwriter Stephen McNeill of is about to be welcomed to the world with hopes it will help get us through the struggles we’ve faced during the past several months.

Friday, Oct. 15 is the release date of McNeill’s “The Art of Repair,” a group of 11 songs McNeill has put together, knowing we’ve all dealt with varying degrees of challenges and, at times, loneliness through the onset of the COVID world we live in.

McNeill said the songs are inspired by his own experiences in the past several months of the pandemic.

“The years 2020 and 2021 have been pretty hard for most people and it is hard for me and for my family,” said McNeill. “I think the pandemic brought to the surface a lot of pain and tension and brokenness. We have a choice to burn it all down and turn away or stick it out and fix things to make things work.”

In addition to being involved in singing and writing music, McNeill is a missional community pastor and elder for Vintage Church, located in Horn Lake. While his past two albums have had a definite congregational, Christian feel, “The Art of Repair” is described as more personal and intimate in style and feel for the acoustic guitar.

“The music targets back to the early 70s, Carol King, James Taylor, Joni Mitchell type of sound,” McNeill said. “That was my musical inspiration. When I’m sitting around and just playing, that’s kind of the sound that comes out.”

The music is a mix of songs that were tasked for previous albums “that just didn’t fit” and other brand new songs. All will bare the personal side of McNeill’s thoughts and experiences in the past two years. The purpose for that is to let the listener know they are not alone in their own feelings and experiences.

“When I was writing a lot of this, I realized I was not the only one,” said McNeill. “I’m the only one in my shoes, but through the pandemic most of the world has gone through a shared experience. I felt like these songs may mean something and matter to me in processing the past couple of years, so I think more people will be able to identify with them.”

Songs on the album include “Rebuild,” “Come To Me,” and “Fourth of July,”

“The first single is called, ‘Rebuild,’ which, if there is a thesis statement for the album, that would be it,” said McNeill. “My hope is that the people who hear these songs will not feel so alone and maybe feel some hope in the midst of something really hard. That’s what these songs were to me and I hope people will have that kind of experience.”

Much of McNeill’s previous projects have been solo efforts or with others from his church. For “The Art of Repair,” McNeill enlisted musicians and bought studio time to put the album together, “a leap of faith,” as he called it. A Kickstarter campaign in August helped fund the project and those who contributed to it already have heard the album.  McNeill said through his wife and brother Andrew McNeill, a Memphis area drummer, he’s gotten positive feedback, and at times, some direction, in putting the album together.

The very first song, ‘Come to Me’ is inspired by an old liturgical prayer that meant a lot to me,” McNeill said. “But then, there’s songs like how my grandparents met or hanging out with some friends on the Fourth of July. I’m a Christian and these are songs from my perspective but these are not songs that are all about Jesus. This one is more about how I’m seeing the world around me right now.”

The album hits digitally for purchase and download “everywhere you may think music exists, and maybe a few places you didn’t know about,” Friday, places such as Spotify, etc. McNeill said he has a limited run of CD’s that’ll be selling on my own website and wherever he may be playing at.

A release party is scheduled for Saturday, Oct. 16 at Vintage Church, beginning at 7 p.m. The church address is 2761 Valleybrook Road in Horn Lake.