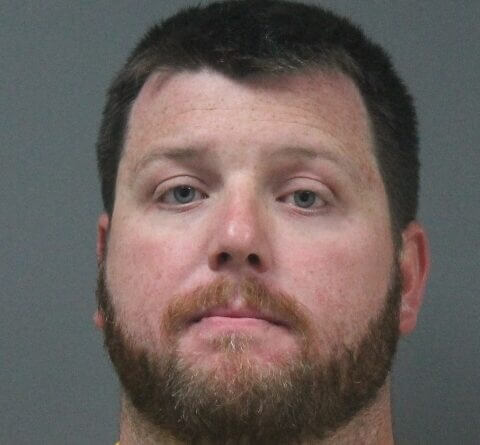 A DeSoto Central Middle School teacher and assistant baseball coach at DeSoto Central High School was arrested over the weekend on charges of driving under the influence and careless driving.

Vinson, age 30, was charged with first offense driving under the influence and with careless driving. He was booked into the DeSoto County Adult Detention Center about 3 a.m. and was released on $750 bond about four hours later.

Vinson has a court appearance date of Sept. 16 set on the charges.

DeSoto Central Middle School’s website lists Vinson as a physical education teacher and he is one of the assistant coaches for the DeSoto Central High School baseball team.

In an email the school district only acknowledged him as an instructor at DeSoto Central Middle School and directed any further questions to law enforcement.

Vinson was an all-state baseball player for DeSoto Central when he graduated in 2009. He went on to play baseball at Delta State University, where Vinson earned all-conference, all-region, and all-American honors. Vinson was part of a Delta State team that finished as runner-up in the 2012 NCAA Division II College World Series.  He left DSU ranked in the top 10 in several hitting categories and still ranks third in school history in games played.

Vinson has worked with the Memphis Grizzlies and became a licensed insurance agent, before coming to DeSoto Central Middle and the Jaguars’ baseball program.